UNSW researchers have uncovered a new biomarker for schizophrenia that provides further insight into the development of the debilitating disease and may ultimately improve diagnosis and treatment. 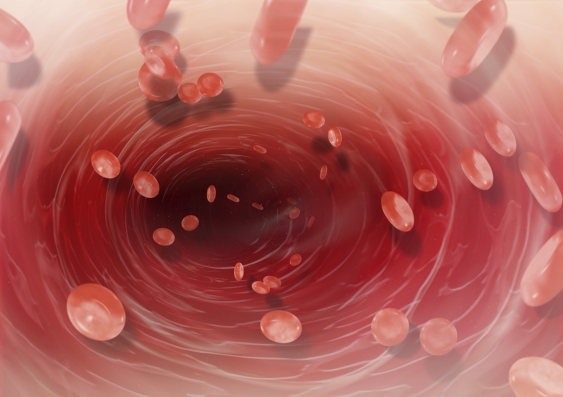 UNSW researchers found a strong link between high levels of vascular endothelial growth factor (VEGF) in the bloodstream and a smaller pre-frontal cortex.

UNSW researchers have uncovered a new biomarker for schizophrenia that provides further insight into the development of the debilitating disease and may ultimately improve diagnosis and treatment.

The UNSW team, which worked in collaboration with researchers at Georgia Regents University in the USA, found a strong link between high levels of vascular endothelial growth factor (VEGF) in the bloodstream and a smaller pre-frontal cortex in patients with schizophrenia. The pre-frontal cortex regulates complex thought, emotion and behavior.

While best known for its role in making new blood vessels, VEGF also is key to the brain’s ability to adapt to change, such as responding to an injury and protecting against brain cell loss.

Researchers found higher levels of VEGF were also linked with high blood levels of interleukin 6 (IL-6), a cell-signaling protein that can cross the protective blood-brain barrier and typically promotes inflammation, which is increasingly associated with schizophrenia.

The study, which compared 96 people with schizophrenia with 83 healthy individuals, has been published in the journal Molecular Psychiatry-Nature.

Senior Research Fellow at UNSW’s School of Psychiatry, Dr Tom Weickert, based at Neuroscience Research Australia, says the increased VEGF levels in the blood of people with schizophrenia may be an indication of a leaky blood-brain barrier that normally protects the brain.

“The combination of increased VEGF and increased IL-6 further suggests that inflammation may be occurring in some people with schizophrenia,” Dr Weickert says.

“Those people with schizophrenia showing increased VEGF and IL-6 levels in their blood could potentially receive better treatments from anti-inflammatory medications.”

Neuroscientist at Georgia Regents University and co-author of the paper, Dr Anilkumar Pillai, says the findings appear to point toward a blood test as an easier way to confirm the diagnosis of schizophrenia, rather than complicated and expensive imaging studies.

Co-author and UNSW Professor of Psychiatry, Cyndi Shannon Weickert, says the team’s focus on studying the pattern of molecular changes in the blood is helping inform them about the state of the brain of people with schizophrenia.

“This could also be informative about which novel treatments may work for particular subsets of people with schizophrenia,” Professor Weickert says.

The researchers say more patients need to be studied to determine how best to use this information in the clinic.