Indications of psychopathic traits can be reliably observed in children as young as three, allowing children at risk to undergo earlier treatment, a new study suggests. 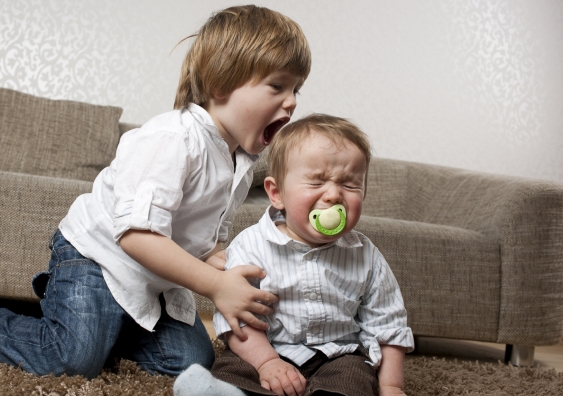 Indications of psychopathic traits can be reliably observed in children as young as three, allowing children at risk of psychopathy to undergo earlier treatment, a new study suggests.

Callous-unemotional (CU) traits, including a lack of empathy and remorse, are similar to the emotionally detached traits of adult psychopaths. When identified in school children, they tend to predict ongoing aggressive behaviour and criminal activity in adulthood.

Now, an international research team led by a UNSW psychologist has developed and validated a tool set that can be used to identify CU traits in preschool children as young as three, enabling earlier therapeutic interventions focused on parenting and emotional development.

In the study, researchers used adapted behavioural questionnaires filled out by parents and teachers, and computer programs specially designed for young children, to evaluate more than 200 preschoolers between the ages of three and six for CU traits and emotional deficits.

The team found that roughly 10% of the children demonstrated these traits. The results have been published in the Journal of Abnormal Child Psychology.

“We essentially found that preschoolers that show impaired development of conscience are deficient in how they process emotions, similar to what we find in older adolescent and adult populations with the same problems,” says lead author and developmental psychologist Dr Eva Kimonis from UNSW.

“These children are poorer at recognising other people’s emotional expressions, and images depicting others in distress don’t capture their attention like it does for typically developing children as young as age three.”

Dr Kimonis says the results have important implications for identifying at-risk children and treating them early – not through pharmacological intervention, but by encouraging different parenting styles and developing children’s emotional skills.

“There’s been a real shift toward trying to prescribe medication to these very young children, which is concerning because we don’t know how safe that is.”

“We’re targeting the problem from a different angle and focusing on adapting parent management training programs that are known to be effective for other antisocial children,” she says. “The key things are trying to develop the child’s emotional skills. We coach the parents how to be very warm, involved and loving with them to see if that reduces those callous traits over time.”

The team’s research was based around something known as the Inventory of Callous-Unemotional Traits, which involves a rating questionnaire. This is considered the most effective tool for detecting these traits in older children and adolescents, but until now, very little research has focused on young children.

With parental consent, the researchers recruited 214 children with an average age of four, from preschools serving middle-income and high-risk communities. For the majority of students, a parent and a teacher answered the questionnaire.

The researchers then worked with the children inside the schools, where they completed tests on computers designed to measure their ability to recognise changing and static facial expressions. Another test, known as the dot-probe task, presents pairs of neutral and distressing images to measure the type of stimuli that capture the child’s attention, such as a crying child or a book.

The team went through a one-year piloting program to make the tests developmentally appropriate for young children, using things like cartoon images to help keep their attention longer.

Dr Kimonis, who has previously worked with juvenile and adult offenders, is now leading the Parent-Child Research Clinic at UNSW, where she is employing these diagnostic tools to identify young children that might benefit from treatment.

“The reason we care so much about this population is because they tend to be the most at risk for juvenile justice involvement in later childhood, or to have criminal behaviour and mental health problems throughout adolescence and into adulthood,” she says.

“Now that we have these tools we’ll be able to show in future research whether or not these traits are stable all the way from preschool to adulthood.”

For more information on the Parent-Child Research Clinic, or to participate in an upcoming study, please contact: 02 9385 0376 or preschoolparenting@gmail.com