Researchers have successfully tested a new drug that activates hidden reservoirs of HIV cells in individuals on antiretroviral therapy, one of the first steps to eradicating the virus and eventually finding a cure. 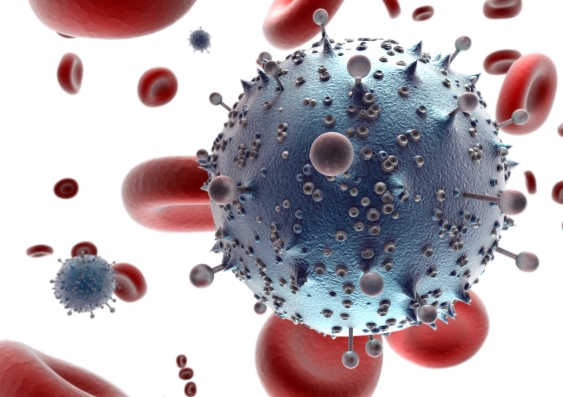 The study establishes a new benchmark for future trials investigating the potency of latency reversing agents to be used in HIV eradication efforts. (iStock).

Researchers have successfully tested a new drug that activates hidden reservoirs of HIV cells in individuals on antiretroviral therapy, one of the first steps to eradicating the virus and eventually finding a cure.

The study, led by Dr Ole Søgaard from Aarhus University, Denmark with support from international collaborators including UNSW’s Kirby Institute, also found the drug did not negatively affect the function of killer T cells, essential for the elimination of HIV-infected cells by the immune system.

The study was published today in the journal PLOS Pathogens.

A cure for HIV requires the eradication of latent (dormant and therefore hidden) virus from reservoirs in immune cells throughout the body. HIV latency depends on the activity of proteins from the human host called histone deacetylases (HDAC), and previous work has shown that HDAC inhibitors (HDACi) can disrupt HIV latency.

The study tested a single HDACi, romidepsin, on six Caucasians participants with a median age of 56 and a median time on antiretroviral therapy (ART) of 10 years.

Participants received one romidepsin infusion per week for three consecutive weeks and were followed for several weeks after that.

When the researchers analysed blood samples from the participants they saw evidence of HIV transcription, the first step of latency reversal, in all participants. After the second infusion, HIV RNA (genetic material) became detectable in the blood plasma in five of the six participants.

UNSW Kirby Institute researchers and study co-authors, Dr Kersten Koelsch and PhD candidate William Hey-Cunningham, provided laboratory support for the study using specific tests for the detection of HIV DNA which had been developed by the researchers in Australia.

Dr Koelsch said this is an important study and essentially lays the groundwork for future studies which will further investigate this approach in combination with other interventions.

“It is worth pointing out though, that we are still very far away from an effective cure for HIV infection and until then patients will need to be treated with antiretroviral drugs,” he said.

Aarhus University researchers acknowledge the study did not reveal how many infected cells were “kicked out of” latency in the participants and that no substantial changes in the size of the HIV reservoir were observed.

However, they suggest the results establish a new benchmark for future trials investigating the potency of latency reversing agents to be used in HIV eradication efforts.

The researchers say the combined results have important implications for the use of romidepsin as a latency reversal agent in a multi-component HIV eradication strategy where this drug may be combined with interventions designed to enhance killing of latently infected cells.

One such trial combining romidepsin with therapeutic HIV-1 vaccination is currently under way at Aarhus University. It is hoped the trial will shed light on the mechanisms needed to effectively clear the cells that produce viral particles.

This study was funded by a grant from the Research Council of Norway and Bionor Pharma ASA.