After testing 70 different drugs over 10 years, Australian cancer researchers have discovered a new drug that holds great promise for treating children with an aggressive form of leukaemia. 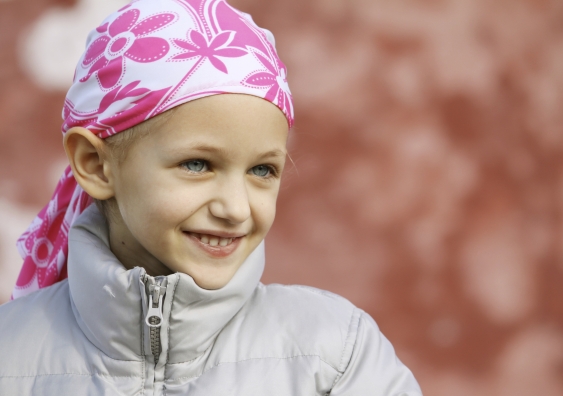 After testing 70 different drugs over 10 years, Australian cancer researchers have discovered a new drug that holds great promise for treating children with an aggressive form of leukaemia.

Every year around 150 Australian children are diagnosed with acute lymphoblastic leukaemia (ALL), the most common childhood cancer. Around 15% will have an aggressive subtype of ALL, known as T-ALL, that is generally less responsive to therapy and more likely to relapse.

UNSW Conjoint Professor Richard Lock and Dr Donya Moradi Manesh, based at the Children’s Cancer Institute, have shown that a drug known as PR-1042 is effective against laboratory models of aggressive T-ALL.

Their findings have been published in the prestigious journal Blood.

The research team tested PR-104 through the Pediatric Preclinical Testing Program, a consortium funded by the US National Cancer Institute (NCI), to prioritise and fast track new drugs into clinical trials in children with aggressive cancers.

The Children’s Cancer Institute, based at UNSW’s Lowy Cancer Research Centre, is the only testing site located outside of the United States, and conducts all of the consortium testing against childhood ALL.

“During the 10 years we’ve been funded under the NCI program, we’ve tested over 70 drugs and combinations, and PR-104 is one of the most exciting yet, with the potential to be fast-tracked into clinical trials for children,” said Professor Richard Lock.

“We were so encouraged by our first results with PR-104 that we undertook additional studies which showed the drug to be preferentially active against T-ALL, a subtype of ALL affecting white blood cells known as ‘T cells’.

“Around 15% of acute lymphoblastic leukaemia patients have T-ALL, while 85% have a disease that affects their ‘B cells’, another white blood cell type. PR-104 is much less effective against these B cell leukaemias.

“We believe that PR-104 might be an effective drug for patients who have initially benefited from conventional treatment for T-ALL, but who have subsequently relapsed.”

At first baffled by why T-ALL responded to PR-104, the researchers realised that only the T cell subtype expressed high levels of AKR1C3, an enzyme that activates PR-104.

The research team is in the process of examining the molecular biology behind AKR1C3, and trying to understand why T-ALL cells express very high levels of the enzyme.

“If we can work out what activates this enzyme in T cells, we might find a way of activating it in B cells, making the B cell disease sensitive to the drug as well,” said Professor Lock.

“Obviously it would be ideal if we could extend this drug’s reach to include all acute lymphoblastic leukaemia patients.

“In the meantime, we can envisage using PR-104 to target highly aggressive T-ALLs that express high levels of AKR1C3.

“We are actively pursuing opportunities to conduct a clinical trial to treat childhood T-ALL with PR-104.”