Thousands of Australians living near wind farms will soon know if 'wind turbine syndrome' actually exists or if their symptoms are the result of the ‘nocebo effect'. 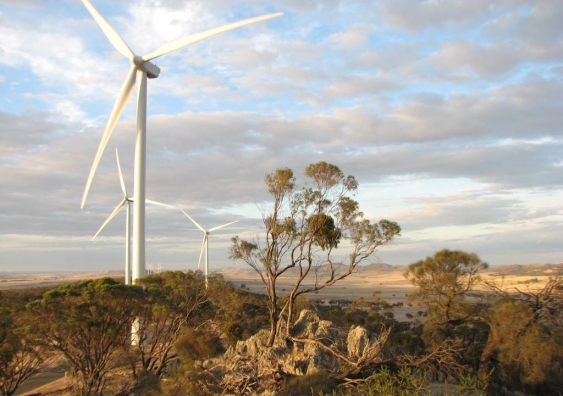 Thousands of Australians living near wind farms will soon know if 'wind turbine syndrome' actually exists or if their symptoms are the result of the ‘nocebo effect'.

A $1.9 million National Health and Medical Research Council (NHMRC) grant announced today will see UNSW Professor Guy Marks lead two trials, one in the lab and another in the study participants' homes, investigating the impact of infrasound - inaudible sound that emanates from turbines. Sleep quality, balance, mood and cardiovascular health will all be measured.

The funding announcement comes after an earlier NHMRC review found while there was no consistent evidence that wind farms cause adverse health effects in humans, the poor quality of current direct evidence warranted further research.

“This is a hotly-debated area, with many residents convinced that their health is suffering and other people sure that it’s all a figment of their imagination,” said respiratory physician Professor Marks, who is chief investigator on the Woolcock Institute-led project.

“There is a genuine scientific question here that needs to be solved definitively so we can inform both the public and public policy.”

Australia is home to more than 75 wind farms running about 2000 turbines. AGL's Macarthur Wind Farm in western Victoria is the largest, followed by TrustPower's Snowtown project in South Australia, completed in 2014.

As the cheapest source of large-scale renewable energy, wind power use is rapidly expanding in Australia, with multiple new projects in the pipeline. But with the growth has come a rise in complaints from residents living near wind farms who report experiencing headaches, dizziness and sleep disturbances that they attribute to the turbines. The symptoms, which also include nausea, tinnitus and irritability, are referred to collectively as wind turbine syndrome (WTS), a medical state they link to infrasound.

As of yet, there’s no proof that wind turbine syndrome actually exists, as all the research available is seriously flawed.

“As of yet, there’s no proof that WTS actually exists, as all the research available is seriously flawed,” Professor Marks said.

“Those who experience it are certain that it’s affecting their health, and report convincingly that the problem disappears when they go on holiday and returns when they come home.

“On the other hand, there are several experts who firmly believe WTS symptoms are the result of a ‘nocebo effect’, where a person becomes certain something harmless is making them sick. In other words, their health problems are triggered by the individual’s dislike of the turbines, rather than from any sound emanating from them.”

Associate Professor Peter Catcheside from Flinders University has also been awarded $1.3 million from the NHMRC to evaluate the sleep and physiological disturbance characteristics of wind farm noise compared to traffic noise. The study will be conducted in a laboratory environment.

The real science on wind farms, noise, infrasound and health