Reviews of the global prevalence of injecting drug use and of interventions to prevent the spread of blood-borne viruses among people who inject drugs paint a worrying picture. 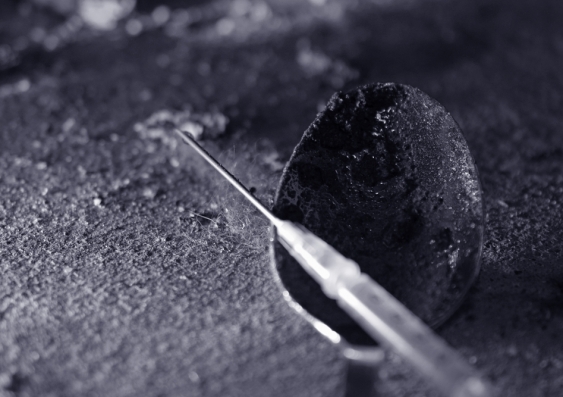 The provision of programs to prevent the spread of HIV and hepatitis among people who inject drugs (PWID) is inadequate in many countries around the world and presents a critical public health problem, comprehensive reviews by Australian researchers from the National Drug and Alcohol Research Centre at UNSW Sydney have found.

The two reviews of the global prevalence of injecting drug use and of interventions to prevent the spread of blood borne viruses among PWID are published today in leading international journal The Lancet Global Health.

The authors estimate that 15.6 million people have recently injected drugs. Of these, 18% are living with HIV infection and 52% test positive for hepatitis C (HCV) antibody.

Yet despite evidence that needle and syringe programs (NSP) and opioid substitution therapy (OST) reduce HIV and HCV infections, they are still not being implemented in many places, and few people can access them in many countries, the authors found.

Australia is one of only four countries worldwide with high coverage of both NSP and OST – the others are Austria, the Netherlands and Norway.

By contrast, the prevalence of hepatitis C among PWID is more evenly spread – 57% of the people who inject drugs in Australia and New Zealand test positive for hepatitis C antibodies, compared with 64% in Central Europe, 55% in North America and 50% in East and South-East Asia.

“Across all countries, a substantial number of people who inject drugs are living with HIV or HCV and are exposed to multiple adverse risk environments that increase health harms,” says UNSW’s Professor Louisa Degenhardt, lead author of the paper reviewing prevalence of injecting drug use and HIV and hepatitis in this population.

The reviews of global prevalence of injecting drug use and of provision of programs to prevent the spread of blood borne viruses are the first to be conducted since 2008, although the results are not directly comparable due to different and more sophisticated data collection techniques, and better country-specific record keeping.

Evidence of injecting drug use was found in an additional 33 countries compared with the last review – predominantly from Sub Saharan Africa.

Just over half (52%) of the countries with evidence of injecting drug use had needle and syringe programs. Medical treatment to encourage reductions in injecting – opioid substitution therapy – was available in less than half of all countries identified (48%). 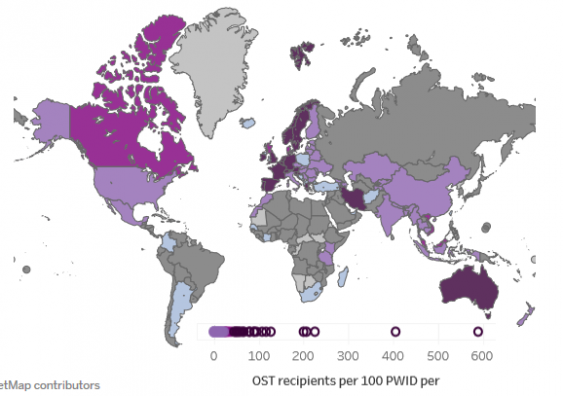 “The presence of interventions alone is not sufficient; the greatest prevention benefits are reported when NSP and OST are implemented in high coverage and in combination,” Dr Larney adds.

The three regions worldwide with the highest populations of people who inject drugs, East and South-East Asia, Eastern Europe and North America, all had poor provision of needle syringe programs and opioid substitution therapy.

HIV prevalence in these countries was high, ranging from 9% in North America to 25% in Eastern Europe. By contrast, only 1% of people who inject drugs in Australia and New Zealand are living with HIV.

“Several countries in these regions have experienced recent HIV outbreaks as well as persistently high HCV prevalence among PWID,” write the authors.

For example, Russia, which has almost 2 million people who inject drugs – nearly 30% of whom have HIV and 69% of whom have hepatitis C – does not provide OST and has very limited access to NSP, the authors found.

Interactive dashboards containing data from this study are available on the NDARC website.

The payback of needle and syringe programs