The Kirby Institute have released a new report that highlights the need for policy and practice in Australia to be more responsive to justice-involved youth. 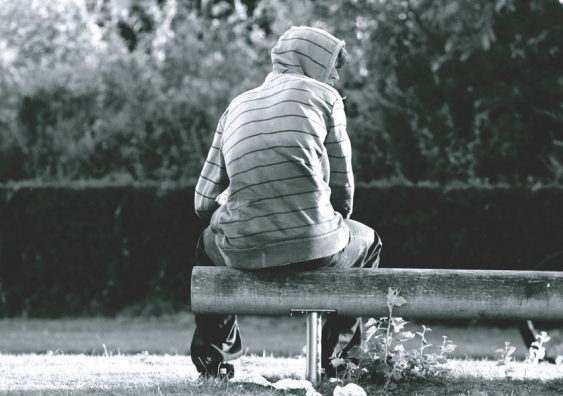 Three quarters of Australian young people who come into contact with the justice system have experienced some form of abuse, according to a new report released today by the Kirby Institute at UNSW Sydney. High levels of trauma, extremely poor mental health, and a lack of connection to support services suggest that these young people are not receiving the help they need.

“These ‘justice-involved’ young people may have committed small offences or they may be detained in juvenile detention for a more significant or repeated offence,” says Professor Tony Butler head of the Kirby Institute’s Justice Health Research Program and chief investigator on the study.

“So, at the point that these youth become engaged with the justice-system, there is a real opportunity to offer mental health care and support. Sadly, the data from this survey suggests that this isn’t happening, and these vulnerable young people’s health needs are being neglected.”

The survey found that two thirds of respondents are experiencing serious mental health issues such as depression, attention-deficit hyperactivity disorder, post-traumatic stress disorder, and alcohol use disorder, whilst three quarters had experienced some form of non-sexual abuse. Despite the level of need however, two thirds had not used health services in the past year.

“The system appears to be failing these young people,” continued Professor Butler. “Three quarters of the youth in our survey had experienced some form of abuse, while 44% reported that they had experienced head injury that resulted in loss of consciousness. Almost a quarter had attempted suicide; a figure six times higher than their peers in the general population.”

Results were compared to existing data on young people in the general population of the same age.

“There is no doubt that young people in contact with the justice system represent some of the most vulnerable and disadvantaged Australians. A further challenge is the overrepresentation of Aboriginal youth in this group,” says Dr Jocelyn Jones, an Aboriginal epidemiologist from the University of Western Australia. “In these cases, intergenerational trauma is significant. Promoting good mental health for this group is critical to stop the revolving door of justice system involvement.”

Researchers hope that the information presented in the report will inspire health service providers, justice agencies, policy makers and community organisations to plan appropriate public health responses for young people who are at risk of becoming involved in the adult justice system.

“By being aware of the severity of these issues, we can work towards enhancing trauma-informed service delivery to improve outcomes for individuals, families and communities and enable them to fully and actively participate within society,” says Dr Jones.

Professor Butler says that these sobering data, particularly when taken alongside the health outcomes of young people in the general population, should encourage strong action. “Ultimately, we owe these vulnerable young people the opportunity to improve their health so as to reduce the chances of them encountering the justice system in the future.”