A UNSW study has found expectant mothers conserve additional energy and extract more calories from food, without needing to consume significantly more, challenging the adage of needing to 'eat for two’ during pregnancy. 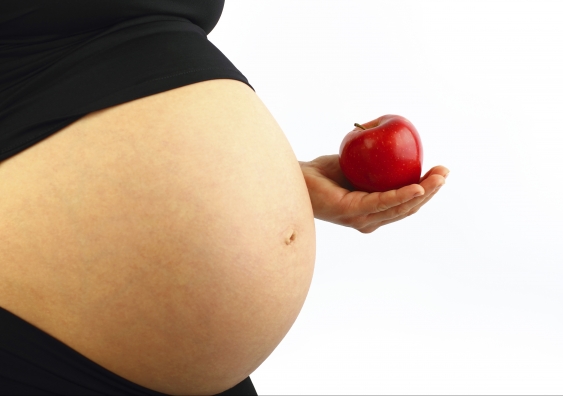 New UNSW research has challenged the adage of needing to eat for two’ during pregnancy. Photo: iStock.

A UNSW study has found expectant mothers conserve additional energy and extract more calories from food, without needing to consume significantly more, challenging the adage of needing to 'eat for two’ during pregnancy.

On average, the women gained 10.8 kilograms during pregnancy, seven kilograms of which was additional fat mass, largely put on between the first and second trimester.

This laying down of fat stores occurred despite an almost 8% surge in daily energy demand and no significant change in food intake, suggesting dramatic metabolic changes occur that allow expectant mothers to conserve additional energy as fat and to extract more calories from food.

“These findings suggest the need for reassessment of nutritional advice given to pregnant women, as current advice to increase energy intake may be increasing the risk of excessive gestational weight gain,” he said.

However Professor O’Sullivan emphasised that the Australian dietary guidelines remain relevant and provide the best advice for healthy eating during pregnancy. He is now calling for further studies to support this preliminary research.

Fat stores are essential in pregnancy to buffer fluctuations in energy supply and demand driven by the growing foetus, as well as the significant energy demands of breastfeeding, particularly in the first six weeks following birth.

However, excessive weight gain in pregnancy is associated with complications including gestational diabetes and pre-eclampsia, as well as an increase in heart disease in offspring.

While the exact mechanisms remain poorly understood, Professor O’Sullivan said there were several hypotheses about the metabolic shift in pregnant women. One involved dramatic changes to their gut flora (bacteria).

In animal studies by other researchers, mice fed gut flora from women in their third-trimester of pregnancy put on more fat than mice fed first-trimester gut flora, despite both groups eating the exact same diet and exercising the same amount.

“Pregnancy-related changes in gut microbiota could potentially allow pregnant women to absorb more calories from their diet for fat storage without changing the caloric or macronutrient intake.

“This physiological change has obvious benefits for energy storage during pregnancy and for lactation,” Professor O’Sullivan said.

Apart from microbial changes, a range of other metabolic shifts, including resistance to insulin and leptin, a hormone associated with the feeling of being full, are thought to play a role.

The study has been published in the latest edition of The Australian and New Zealand Journal of Obstetrics and Gynaecology.