Despite being one of the safest places in the world to have a baby, almost 1 in 100 babies in Australia is stillborn or dies soon after birth, a study has found. 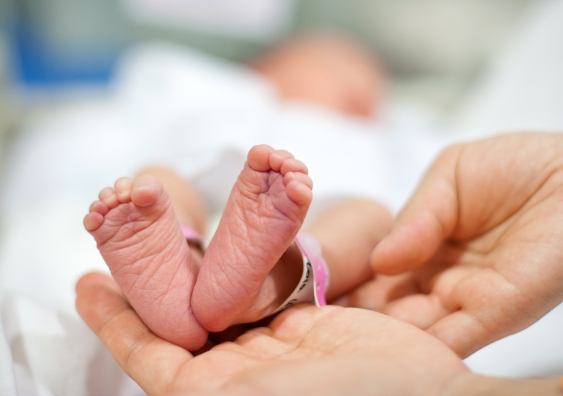 Between 2011 and 2012, 6,065 babies in Australia were stillborn or died within the first four weeks of life. Photo: Shutterstock.

Australia is one of the safest places in the world to give birth. However, almost 1 in 100 pregnancies at or beyond 20 weeks gestation ends with the death of a baby, according to a new report from UNSW and the Australian Institute of Health and Welfare (AIHW).

The report, Perinatal Deaths in Australia 1993–2012, shows that during 2011 and 2012, 6,065 babies were stillborn or died within the first four weeks of life (neonatal deaths). These deaths are collectively described as ‘perinatal deaths’.

"About three-quarters of perinatal deaths (4,485) during 2011 and 2012 were stillbirths, while the remaining 1,580 deaths happened in the first four weeks of life," said report author, UNSW Associate Professor Georgina Chambers from the National Perinatal Epidemiology and Statistics Unit (NPESU).

"The overall perinatal mortality rate has remained fairly stable over the last 20 years; however, the stillbirth rate has increased by 13%, while the neonatal death rate has decreased by 18%," Associate Professor Chambers said.

The report found that several factors are associated with perinatal deaths, including characteristics of the mother, the pregnancy and baby.

While the perinatal death rates for babies of Indigenous mothers are high, the report reveals some promising trends, showing a 20% decrease over the last 20 years – a 16% drop in the stillbirth rate and a decrease of almost 30% in neonatal mortality rate.

Death rates also varied considerably depending on the remoteness of the mother’s location, her socioeconomic status, her body mass index (BMI), and whether she smoked during pregnancy.

The age of the mother also played a role. For example, the stillbirth rates for babies of teenage mothers and mothers older than 45 were more than double that for mothers aged 30–34 years (about 14 and 17 deaths per 1,000 births respectively, compared with around six).

The extent of prematurity, being born as a twin or triplet, and whether the baby had a birth defect were also significant risk factors for stillbirth and neonatal death.

"The findings of the report help us better understand the timing and causes of perinatal deaths, so that we can learn more about how they might be prevented," Associate Professor Chambers said.