Opinion Nicotine vaping should be legal

There is compelling evidence that nicotine e-cigarettes can be a safe and effective way to help smokers quit, writes Colin Mendelsohn. 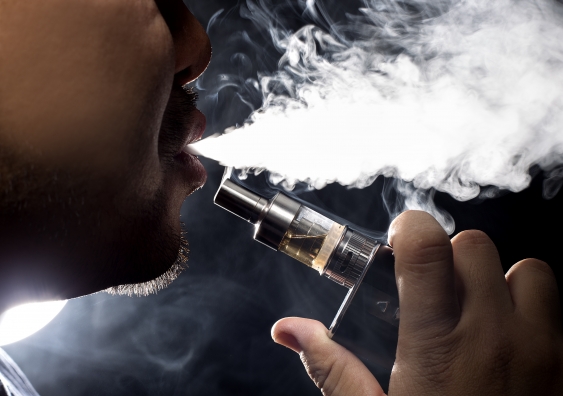 New Zealand authorities are satisfied that nicotine e-cigarettes can help smokers quit and can substantially reduce smoking-related disease. Similarly, in Britain, the prestigious UK Royal College of Physicians recent recommended that they be promoted as widely as possible as a substitute for smoking in the interests of public health.

However, in Australia it is illegal to sell, possess or use nicotine without an authority, such as a prescription. Nicotine is classified as a Schedule 7 "dangerous poison" in the Poisons Standard, the national medicines and poisons register. How have we got it so wrong?

Last week, the New Nicotine Alliance made a submission to the Australian drug regulator, the Therapeutic Goods Administration to remove low concentrations of nicotine from the Poisons Standard. This would allow legal access to nicotine for use in e-cigarettes as a less harmful alternative to smoking tobacco. The alliance is a not-for-profit consumer organisation representing ex-smokers who now vape instead of smoking. Under the current laws, their members are being criminalised for quitting smoking "the wrong way".

Is nicotine really the villain? The classification of nicotine as a "dangerous poison" is a historical anomaly and was established prior to the emergence of e-cigarettes. Although it is the main addictive chemical in tobacco, we now know that nicotine has relatively minor health effects except in pregnancy. It is not a carcinogen, does not cause respiratory disease and has only minor cardiovascular effects. Long-term use of nicotine is regarded as low risk, based on long-term studies of snus (moist, oral tobacco used in Sweden) and nicotine replacement therapy, such as nicotine patches.

Nicotine dependence is a powerful addiction. Most smokers want to quit and try but fail repeatedly to do so. For those who are unable or unwilling to quit smoking, switching to an e-cigarette is a much safer alternative.

Recent research has found that nicotine's fearsome reputation as a lethal poison has been greatly exaggerated. The risk of poisoning from ingestion of nicotine e-liquids is similar to other potentially poisonous household substances. Even in overdose, the risk of harm from nicotine e-liquids is small. Most cases result in prompt vomiting and serious outcomes are rare.

The rationale of tobacco harm reduction is to provide smokers with an alternative way of getting the nicotine to which they are addicted without the smoke that causes almost all of the adverse health effectsof smoking. Switching to an e-cigarette can effectively satisfy the smoker's need for nicotine as well as providing "a smoking experience" which many smokers miss after quitting and which often leads to relapse.

Nicotine dependence is a powerful addiction. Most smokers want to quit and try but fail repeatedly to do so. For those who are unable or unwilling to quit smoking, switching to an e-cigarette is a much safer alternative.

There is a general scientific consensus that the long-term health risks to vapers is "unlikely to exceed 5% of the harm from smoking". On the other hand, two out of three smokers will die prematurely from a smoking-related disease if they continue to smoke.

Despite the intuitive common sense of harm reduction, the introduction of harm reduction strategies over the years has struggled against relentless hostility in Australia. Proposals such as car seat belts, needle exchange for injecting drug users and methadone substitution for heroin users have been strongly opposed, but ultimately turn out to be significantly more successful than expected.

The resistance to e-cigarettes appears to be following the same inexorable pattern. Federal and state governments and health organisations in Australia have taken a prohibitionist, risk-averse view on nicotine and e-cigarettes without considering the substantial health benefits.

Exempting "low concentrations of nicotine for use in e-cigarettes" from Schedule 7 would bring it within the jurisdiction of the Australian Consumer and Competition Commission under The Australian Consumer Law. This would ensure product safety (accurate labelling, restricted sales to minors, child resistant containers) and quality (high-quality manufacturing practice, pharmaceutical grade ingredients). Unregulated black market products would disappear.

The TGA should review the evidence and approve the NNA's submission to exempt low-concentrations of nicotine from the Poisons Schedule for tobacco harm reduction as soon as possible. Electronic cigarettes with nicotine are proving to be a valuable aid for helping smokers quit and Australian smokers should not be denied this technology.

With appropriate controls, the widespread availability e-cigarettes containing nicotine has the potential to save the lives of hundreds of thousands of Australian smokers.

Colin Mendelsohn is an Associate Professor in the School of Public Health and Community Medicine at UNSW and a tobacco treatment specialist.