The new Dean of Medicine is on a mission to transform the faculty into one of the world’s best, and there’s no free time for lunches. 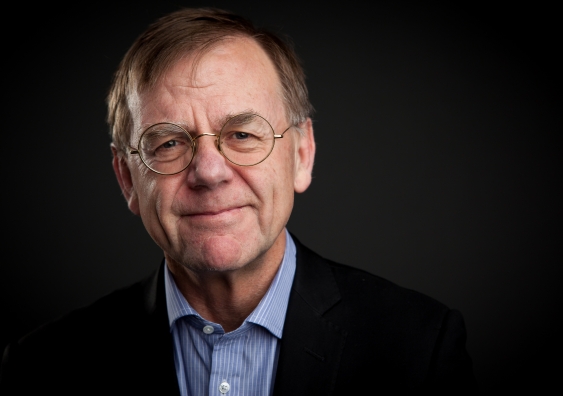 The fictional “wolf of Wall Street” Gordon Gecko seems an unlikely role model for eminent Australian medical researcher and academic Professor Rodney Phillips. But in his new role as Dean of Medicine at UNSW, Phillips finds himself channelling the oft-quoted Gecko, the central character in the Hollywood hit, Wall Street.

“Lunch is for wimps,” he says, only partly tongue-in-cheek. Phillips’ commitment to leading UNSW Medicine up the world rankings is such that it leaves time for little else, especially long lunches.

Five months into the role, the former Vice-Dean at the University of Oxford’s Medical School recognises the strong foundations the faculty has built. But he believes much more can be done to improve UNSW Medicine’s current standing. And he brings a wealth of experience to the task.

The very high standard of teaching that students receive is reflected in the excellent clinical care we see in our hospitals. We do our core business very well.

Oxford’s medical school is consistently ranked in the top two in the world and is the largest in Europe, in terms of research income and infrastructure.

“I got to a point at Oxford where I thought there’s not much more I can achieve here,” says Phillips, of the 34 years he spent there.

“When UNSW approached me, I thought what a great opportunity to make a difference back home.”

“The very high standard of teaching that students receive is reflected in the excellent clinical care we see in our hospitals. So we do our core business very well,” he says.

“However, once you’ve got that core business solved, you’re confronted with the reality that a lot of what we do and understand in medicine is provisional. We don’t have defined treatments or even diagnoses for a lot of diseases.

“When thinking about research, there is a great imperative to ask, ‘What don’t we know in medicine and what can we do about it?’”

Taking this next step, he says, is something all great medical schools do. Phillips says the tyranny of distance shouldn’t be underestimated as a barrier to UNSW and Australia attracting the very best medical researchers from around the world.

When thinking about research, there is a great imperative to ask, ‘What don’t we know in medicine and what can we do about it?’

The solution is to provide an environment that allows researchers to perform at their best. If the opportunity is attractive enough, the best will come. His own career offers useful signposts.

His research since has focused on HIV/AIDS. He is perhaps best known for describing for the first time how HIV evades the body’s immune defences, a globally significant breakthrough.

“Our hypothesis was that the virus persists because it replicates so many copies of itself, and some of those become invisible to the immune system,” he says.

“The finding was initially completely disbelieved and it was quite difficult to get the results published, which eventually occurred in 1991.”

Then, a decade-long collaboration with researchers from the Kirby Institute drew his attention back to Australia and UNSW’s growing research capacity with the potential for far-reaching, international collaborations.

This particular collaboration aimed to better understand why HIV persists in some patients and remains dormant and undetectable in others. Phillips played an instrumental role in discovering three biomarkers that can help predict how quickly the virus will return after individuals stop antiretroviral therapy.

His well-established connections with the Kirby Institute not only helped facilitate the transition to UNSW, but offered a “proof of concept” of his vision for the future. By collaborating strategically across the globe to connect the very best in particular fields, much greater impact can be achieved.

“We’ve produced some much bigger outcomes [in HIV research] as a result of these collaborations and this is a research model that UNSW Medicine must continue to pursue,” he says.