Opinion Not everyone who takes painkillers for fun is an addict; some have just found a different way to cope 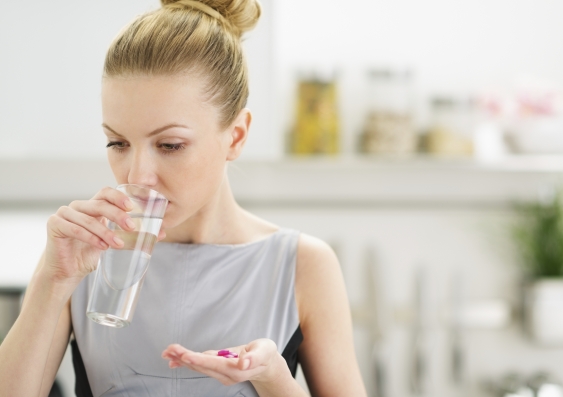 OPINION: The misuse or abuse of pharmaceutical pain medications – usually opioids – has received increasing media attention recently. The focus of such news items has largely been on people who transition from oral use of medication to injecting drug use and addiction.

Health authorities have also raised concerns about the potential to abuse and become addicted to pharmaceutical opiates, which include codeine and oxycodone.

The idea that opiate addiction has a transitional nature may come from the fact that medication such as the pain reliever OxyContin (Oxycodone) and illicit drugs such as heroin are chemically similar opioids.

Indeed, public health research from the United States has found that many of the country’s younger generation of heroin users were first introduced to opiates through pharmaceutical painkillers. Similar cases have also been reported in Australia.

But we don’t know enough about the people who use painkillers non-medically to make the judgement that there is a natural transition from one drug to another, or to let any type of use come to be seen as typical of all.

One of the authors recently conducted PhD research that showed people from different walks of life use painkillers for non-medical reasons.

We interviewed tradesmen and stay-at-home mothers, students and professionals, people with established full-time jobs and people who worked on multiple contracts across different industries. The motivations for use across this diverse group were mixed.

They ranged from what most would regard as innocent or socially legitimate to those that might involve more pernicious circumstances.

The study included speaking to people who injected drugs and those who would loosely be referred to as addicts. While this latter group did abuse pain medications, they also used them to substitute, manage and even leave illicit drug use.

Other motivations for non-medical opioid use included seeking pleasure, but not in the form of utter hedonism. Relaxation as a break from the daily grind of life was a common motivation for taking painkillers. Use of painkillers in this way was described much the same as a glass of wine at the end of a stressful day.

Some people took painkillers during “time-out” periods after work and often to facilitate socialisation.

Sometimes, analgesic medications were taken to supplement drinking consumption, to limit alcohol intake or even as a way to minimise the intoxication budget.

In other instances, non-medical use of painkillers, whether by itself or in combination with alcohol, was a replacement for illicit drugs. This was a way to avoid the risks of illicit purchases and to eliminate uncertainty about what was in the drugs that people were consuming.

In some instances, people reported using painkillers to deal with stressful workplaces and long hours of slog in a range of manual, hospitality and competitive professional settings. Other used them in anticipation of illness or discomfort, to pre-empt headaches and a host of other conditions that might impede productivity at work.

Recent figures show over 48,000 Australians were being treated for opioid dependence on a snapshot day in June 2015.

In many ways, people who use painkillers non-medically do so less in defiance of medical authority and more as improvisation or appropriation to match the circumstances of their lives.

People who use painkillers are responding to a range of social problems with personalised responses. In doing so they present more like the casualties of what the sociologist Zygmunt Bauman has called the “Age of Anxiety” (a time of worry about fleeting identities and blaming oneself for life’s failures) than as the criminal stereotypes of junkies and drug dealers.

Obviously there are risks and dangers in using a broad range of substances, in approved or unapproved ways, and we have the media and medical figures to warn us of these. But it’s also important to acknowledge that the people who engage in these practices and the range of their circumstances and motivations for non-medical painkiller use are not the stuff of folk devils.

Kev Dertadian is a Research Associate at the Kirby Institute, UNSW

Stephen Tomsen is a Professor of Criminology, Western Sydney University.

Why Australians are using painkillers for social and emotional suffering