Opinion Not so cheap: Australia needs to acknowledge the real cost of coal

In publicising the plan to cut emissions from old coal power stations, US President Barack Obama put the emphasis on health. Now it's time for Australia to do the same, write Melissa Haswell and Haydn Washington. 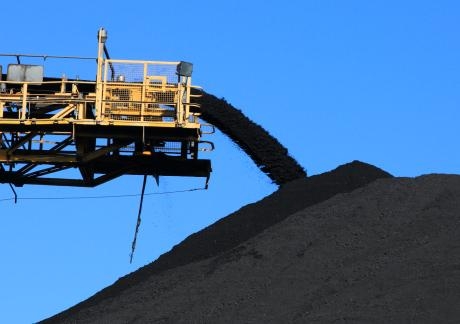 OPINION: US President Barack Obama’s latest plan to reduce carbon emissions is a welcome one, and not just because it addresses climate change. In publicising the plan to cut emissions from old coal power stations, Obama put the emphasis on health. Now it is time for Australia to do the same.

Here we continue to ignore the real costs of coal, instead clinging to the myth that “coal is cheap”, justifying continuing expansion and subsidies for the industry.

In the immediate wake of last month’s budget, treasurer Joe Hockey moved to reassure mining companies that the A$2 billion diesel rebate would be safe.

And Australia’s largest coal mine, proposed by Indian energy company Adani, was given the green light by the Queensland government, despite expert environmental concerns.

It is time to eradicate the myth that coal doesn’t cost much. In reality, it is costing humanity more than we can imagine (or are willing to admit) — here’s the evidence.

There is no simple way to compare direct costs of coal and other energy sources. But in the future, coal is likely to be less competitive than renewables or gas; its cost advantage is already declining.

This is because alternative energy, such as renewables, delivers power with no fuel costs. While higher capital costs may be involved, coal and gas prices increase with inflation, and require large government rebates and new investments to maintain supply.

It’s not just within Australia. Australia’s largest coal-export partner, India, would save money by winding down purchases of Australian coal, and transitioning rapidly to renewables.

Coal also has enormous environmental, social and health costs. Some of these “externalities” can be accounted for.

The Australian Academy of Technological Sciences and Engineering has found that these extra costs effectively double the wholesale price of coal-fired electricity.

Coal also costs lives. Reports (see here and here) based on international evidence show that air pollution — especially the tiny particles emitted from the mining, transport and burning of coal — increases the risk of heart and lung disease, and reproductive problems.

Overseas, our exported coal contributes to the estimated 3.3 million premature deathsannually worldwide linked to outdoor air pollution, with the greatest impact on the elderly, children, people with chronic diseases, and pregnant women.

But some health costs can’t be counted, or fixed with money. Communities near coal mines, and miners themselves, face stressful noise, spills, accidents and the disruption caused by the “fly in, fly out” phenomenon, which can disturb harmony. People experience distress, anxiety, depression and solastalgia when they witness the destruction of loved places and nature. Aboriginal Australians suffer profoundly when their cultural heritage and sacred sites are desecrated.

Although these impacts are linked to mental health problems, they are rarely taken seriously, even in health risk assessments or as quantifiable externalities.

Then there’s the environment…

Coal mines pose a diverse range of threats to the environment — some localised (as in the case of open-cut mines), and others truly global.

Underground coalmines can cause subsidence and change water flow. This is even occurring below important rivulets within Sydney’s own water catchment, cracking and drying riverbeds and causing contamination. Existing damage may have already impaired the full functioning of Sydney’s catchment.

Coal-fired power stations operating in Australia and overseas emit billions of tonnes of carbon dioxide. Estimated at 13.1 billion tonnes of CO2 between 2009 and 2010, these emissions are altering the delicate balance of our climate, exacerbating extreme weather events. The latest International Panel of Climate Change report charts the profound impacts on health, environment and society that result from a changing climate.

You may also have heard warnings of the “carbon bubble”, as economists and investors recognise the risk of stranded fossil fuel assets that, if the world seriously addresses climate change, would become worthless.

Haydn Washington is a Visiting Fellow at the Institute of Environmental Studies, UNSW.