Researchers at the UNSW-led Integrated Systems for Epidemic Response warn of the increased risk of a human flu pandemic. 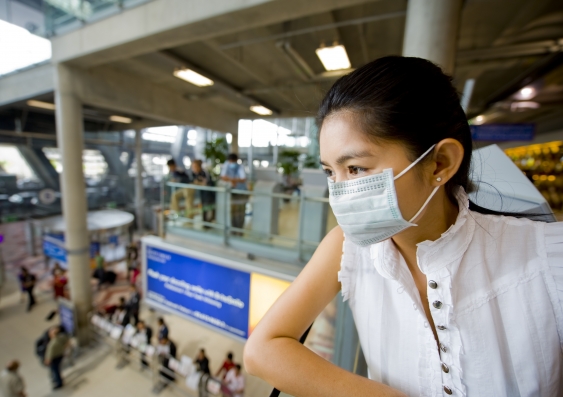 A worrying increase in the number of new influenza viruses infecting humans means the risk of pandemic is higher than ever, a new study by UNSW researchers shows.

Published in Archives of Public Health, the research by PhD student Dr Chau Bui shows that in the past five years alone, four novel subtypes and three novel variant strains of influenza have emerged in humans.

With recent unprecedented changes in avian influenza as well, there is an increased risk that a bird flu strain will emerge that can cause a human pandemic, says Dr Bui, a veterinarian who works within the UNSW-led NHMRC Centre for Research Excellence, Integrated Systems for Epidemic Response (ISER), which focuses on controlling epidemics.

“This urgency needs to be acknowledged by national and international pandemic planning organisations,” she says.

The increase in new flu viruses in the past 10 years is unprecedented. There is a concern that new avian influenza viruses will obtain the ability to transmit easily from human to human and cause a major global pandemic.

It took almost 40 years after the 1918 Spanish flu for the next novel influenza virus to emerge, and then more than 10 years for the next one. In contrast, in the five years between 2011 and 2015 alone, seven new strains have emerged in humans and they have appeared all over the world − China, Egypt, the US and Europe.

The reasons behind this escalation are unknown, but could be due to changes in climate, urbanisation and agricultural practices as well as better diagnostics. However, these factors have not changed as quickly as the escalation of new viruses.

This includes better control efforts to reduce introductions of new viruses into poultry populations, and reducing the risk of virus transmission where humans interact with animals.

Co-author and director of ISER Professor Raina MacIntyre says it’s not possible to predict which virus will cause the next pandemic, as witnessed in 2009.

“Efforts in pandemic planning globally had focused on avian flu H5N1, but the pandemic which emerged (in 2009) was a completely different virus, unrelated to H5N1,” she says.

The research was presented on 3 April at the World Congress of Public Health in Melbourne, which conducted an activity to highlight the complex, cross-sectoral challenge of pandemic.

Four cases in Melbourne but what if I've already been exposed?