One-third of people presenting to NSW emergency departments have underlying drug and alcohol problems, yet only a small number get appropriate treatment, UNSW research has found. 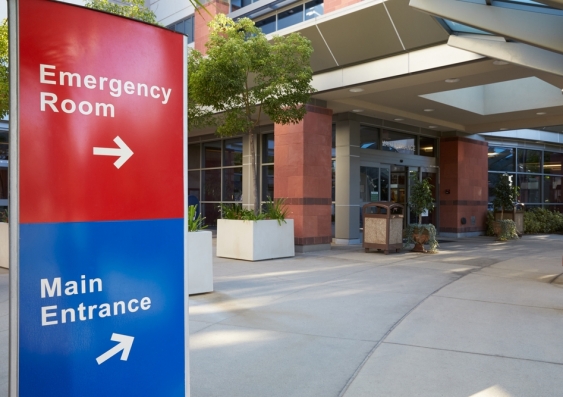 More than a third of people presenting to NSW hospital emergency departments have an underlying drug and alcohol problem requiring intervention, a study led by researchers at UNSW’s National Drug and Alcohol Research Centre (NDARC) has found.

However, only a small proportion are identified at the time and referred for appropriate treatment, according to the study published today in the Sax Institute’s Public Health Research and Practice journal.

Lead author Kerryn Butler, a PhD candidate at NDARC, said despite the fact these patients contribute to increased costs in the health system, very few were referred to hospital drug and alcohol consultation services.

“Referral could make a real difference to health system costs and health outcomes for patients,” said Ms Butler. “People with drug and alcohol problems present at hospital more frequently and, if admitted, have longer stays.

“Drug and alcohol issues are also a key factor in behavioural incidents in hospitals. There is enormous scope for saving health care dollars through better support and treatment services that can improve health outcomes for people with drug and alcohol problems whilst also reducing the burden on hospitals,” she added.

The research undertook an evaluation of Hospital Drug and Alcohol Consultation Liaison (CL) services, which aim to improve identification and treatment of patients with drug and alcohol problems. CL staff provide training to other hospital staff to help them identify patients with drug and alcohol problems, and provide counselling and referral of these patients to other services.

The evaluation found that only one in four people requiring an intensive intervention was being referred to and treated by CL services.

The researchers conducted a detailed patient survey over 10 days in eight NSW hospitals and found 35 per cent of emergency department patients screened positive for drug and alcohol problems, with 7 per cent requiring intensive intervention for one or more substances. These are likely to be conservative estimates, Ms Butler said, because highly intoxicated people were not included as they couldn’t provide informed consent.

People identified as requiring intensive intervention for substance use presented twice as often as patients without such issues, the study showed. They were also more likely to be admitted to a psychiatric ward, where they stayed longer than other patients. About 12 per cent of the sample screened positive for problematic use of multiple (two or more) substances.

“Although drug and alcohol problems appear to be common and to contribute to people needing hospital care, 75 per cent of those identified as having drug and alcohol issues in this survey had never accessed any type of substance use treatment service,” Ms Butler said.

“The outcomes improved for patients who accessed CL,” said Ms Butler. “Repeat visits and average length of stay in emergency decreased. This meant that even though there are extra costs from providing CL services, there were net savings for the health system.”

There are other benefits as well. Among a group of 12 hospitals that received specific funding to enhance CL services, as part of a trial, nine experienced a significant fall in recorded incidents – including behavioural incidents, such as self-harming or hostile behaviour, and complaints.

“Overall, the results suggest the provision of drug and alcohol CL services in NSW hospitals does improve outcomes at a modest cost and is likely to result in net savings to the health system,” said Ms Butler. “Expanding these services to fill current unmet need would benefit patients, lead to cost savings and generate wider hospital benefits.”

The project was conducted in collaboration with researchers from the Centre for Health Economics Research and Evaluation (CHERE) at UTS Business School.

The paper is accessible via the live link: http://www.phrp.com.au/issues/september-2016-volume-26-issue-4/estimating-prevalence-of-drug-and-alcohol-presentations-to-hospital-emergency-departments-in-nsw-australia-impact-of-hospital-consultation-liaison-services/