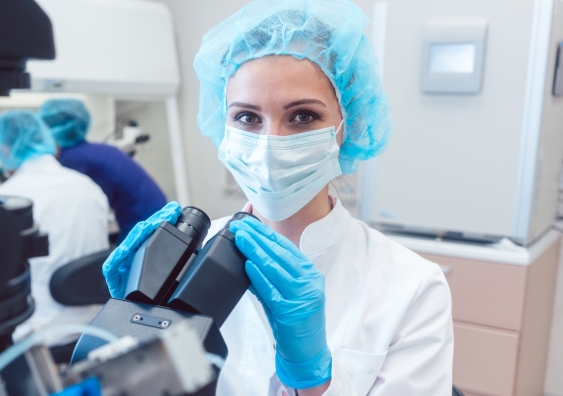 There were almost 96,000 ART treatment cycles performed in Australia and New Zealand in 2020, resulting the birth of 18,462 babies. Photo: Shutterstock.

In 2020, one in three IVF cycles undertaken by couples trying to conceive was due to male infertility or a combination of male and female infertility, a new report by UNSW Sydney medical researchers shows.

“In the past, the focus of fertility treatment was almost always on the female patient, despite a man being equally needed to create a baby. Now that we are collecting data on the cause of male infertility, we can finally study its impact more closely,” said Professor Luk Rombauts, the President of the Fertility Society of Australia and New Zealand (FSANZ).

“The fact that over 75 per cent of male factor is 'unknown' reflects our lack of understanding of the reasons for poor semen quality. It highlights the need for further research and education in the determination of the causes. It’s quite likely that genetic studies will reveal new risk factors that can lead to male infertility.”

Read more: Problems conceiving are not just about women. Male fertility is behind 1 in 3 IVF cycles

For the first time, the Australian and New Zealand Assisted Reproduction Database (ANZARD) has collected data and reported on the causes of male infertility for couples undergoing IVF. In addition, there is more detailed information on the types of patients undergoing IVF and more information about pre-implantation genetic testing (PGT) and the reasons for freezing eggs to preserve future fertility.

Increase in ART cycles on 2019

There were almost 96,000 ART treatment cycles performed in Australia and New Zealand in 2020, resulting in the birth of 18,462 babies.

“This represents a 7.6 per cent increase in cycles on 2019, with one in 18 babies born in Australia now conceived through IVF treatment,” said Professor Georgina Chambers, from UNSW Medicine & Health and lead author of UNSW’s Assisted Reproductive Technology in Australia and New Zealand 2020 (ANZARD) report.

“The number of cycles may have been affected by the COVID-19 pandemic, with IVF services limited in some states,” Professor Chambers said.

“Fourteen per cent of females undergoing IVF in 2020 were in same-sex relationships or were single women, indicating how important access to IVF is for many less traditional families.”

In Australia and New Zealand, the multiple birth rate – the proportion of twins and triplets born through IVF – decreased from last year, a previous record low, and is one of the lowest rates worldwide.

PGT is performed to screen embryos during IVF for chromosomal errors and genetic diseases. Approximately 8 per cent of treatment cycles undertaken in 2020 used PGT. Most of these cycles were undertaken by women in their 30s (67 per cent), and about one in four (27 per cent) were in women aged 40 years and over. Where PGT embryos were transferred, the success rate ranged between 22.4 per cent and 47.2 per cent per cycle depending on female age, with the highest live birth rate in women aged under 30 years.

Petra Wale, the Vice President of the FSANZ, said that the detailed information obtained about PGT shows preimplantation testing for aneuploidy (PGT-A), which is an abnormal number of chromosomes, was the most common indication for PGT in 2020. However, the increased use of reproductive genetic carrier screening programs for severe genetic conditions has fuelled awareness of PGT. As a result, PGT for heritable genetic disorders and chromosomal abnormalities could increase.

In 2021, UNSW developed the YourIVFSuccess website which includes a Patient Estimator that allows patients to estimate their chances of successfully having a baby using IVF based on their individual characteristics. It also includes a searchable database of the success rates for all accredited IVF clinics in Australia.

Key stats from the 2020 ANZARD report

The ANZARD report is funded by the FSANZ and contains data from all 93 IVF clinics operating in Australia and New Zealand.

The ANZARD report, which is funded by the FSANZ, contains data submitted by all Australian and New Zealand IVF clinics, and presents information about IVF cycles undertaken in 2020 and the resulting babies born in 2020 and 2021.

The data presented in the report is managed by the National Perinatal Epidemiology and Statistics Unit (NPESU) within UNSW’s Centre for Big Data Research in Health and Women’s Health in the School of Clinical Medicine.

Problems conceiving are not just about women. Male infertility is behind 1 in 3 IVF cycles