A simple self-test increases the accuracy of bipolar disorder diagnosis and improves quality of life, researchers at the Black Dog Institute have found. 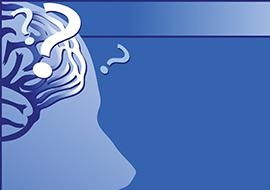 Affecting 6% of Australians, bipolar disorder is characterised by distinctive fluctuations in mood and energy.

UNSW researcher Professor Gordon Parker, based at the Black Dog Institute, says that while understanding has increased, bipolar disorder is still frequently under-diagnosed. A significant percentage of people with the condition never receive a diagnosis and, of those who do, the interval from onset of the condition can be 15-20 years.

“Most people with bipolar disorder experience depression and periods of elevated mood - termed mania or hypomania. Such mood swings are often viewed as simply reflecting personality style or clinical depression waxing and waning. Thus, failure to obtain the correct diagnosis can lead to inappropriate or no treatment for a condition that can be brought under control.”

“Misdiagnosis leads to people spending years on the wrong treatments without relief from their symptoms. This situation is distressing and life-threatening, with bipolar disorder having the highest suicide rate of all psychiatric conditions.”

Funded by the Department of Health and Ageing, Black Dog Institute researchers have developed and trialled an evidence-based screening self-test to help people identify the likelihood that they might have a bipolar disorder. The self-test is completed by more than 30,000 people/month.

Trial participants accessed the self-test via the Black Dog website and were followed for 3 months to determine if receiving a positive screening ‘diagnosis’ changed the trajectory of their illness. The trial had a number of important outcomes and results were recently published in Acta Psychiatrica Scandinavica.

“More than two-thirds of respondents receiving a “positive” test went on to seek further clinical clarification of such a diagnosis,” says Professor Parker. “While the majority of those who screened positive had an improved outcome, those who had the diagnosis confirmed and their management modified appropriately improved most distinctly on a range of measures, including depression severity, functioning and quality of life.”

“These results indicate that a simple, readily accessible, anonymous and free screening test for bipolar disorder not only has the capacity to accurately detect bipolar disorder (with an overall accuracy rate of some 80%) but that it can assist people who have not previously received a diagnosis to seek more specific help for a distinctive and specific mood disorder, reducing suffering and improving quality of life."