It’s simply not “safe” for many Australians to come out of Scott Morrison’s proverbial cave until vaccination rates increase. 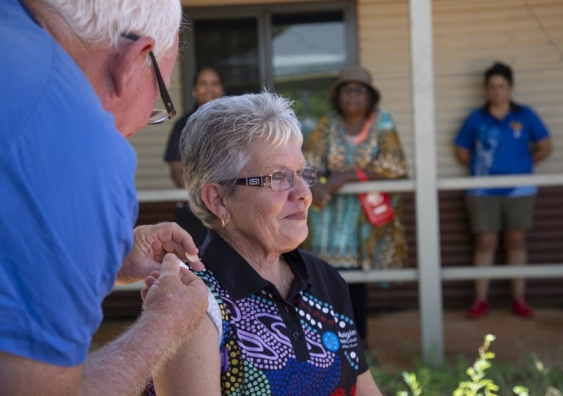 The narrative is one of Team Australia and we are “all in this together”. But are we really? Photo: Kimberley Aboriginal Medical Services.

We’ve all grown tired of lockdowns, border closures and other restrictions. So the promise of a freer life, when 70 per cent and then 80 per cent of Australians aged 16 and older are vaccinated, feels like a beacon on the horizon.

Prime Minister Scott Morrison, some premiers, and leading public servants have promised us at 80 per cent we can live “safely” with COVID-19, or come out of our “caves” in the PM’s parlance.

The narrative is one of Team Australia and we are “all in this together”. But are we really?

Risks of COVID-19 infection, serious disease and death are not equitably distributed. They disproportionally cluster among the most disadvantaged. Vaccine access and uptake is also lower in many disadvantaged groups.

Opening the country at 80 per cent without ensuring these groups have met or exceeded those targets will result in substantial avoidable illness and death.

Who is most vulnerable to serious disease?

The risk of serious COVID-19 and death is related to “clinical vulnerability”, such as whether the person has underlying health conditions like diabetes or respiratory disease.

First Nations Australians, disabled Australians, prisoners and people living in rural and remote Australia have much higher levels of chronic conditions, which have their roots in social and economic disadvantage.

On top of their clinical vulnerability, these groups face multiple barriers to accessing quality health care, including intensive care. These barriers might include lack of physical access, discrimination, an inability to access culturally competent care, and/or geographical distance.

What have we learnt from other countries?

Across the world, COVID-19 infection rates have occurred at higher rates in aged-care facilities, disability group homes and institutions and jails.

Besides aged-care residents, Australia hasn’t yet seen the high death rates in clinically vulnerable groups that other countries have witnessed.

High rates of death have also been seen among: 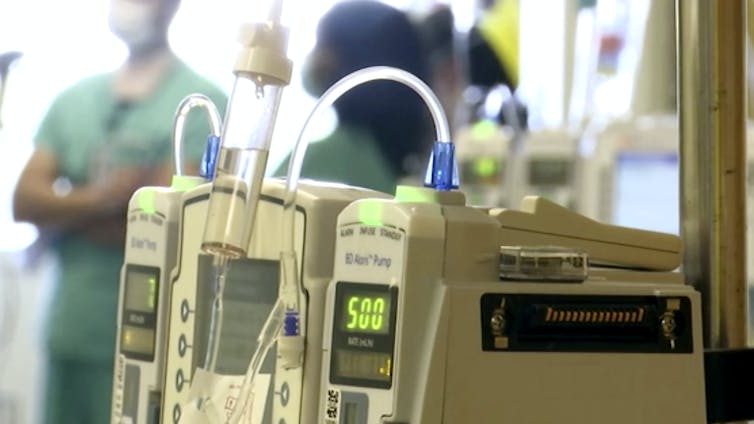 The death rate among clinically vulnerable groups has been up to three times higher in the US. Stacey Plaisance/AP

In the United Kingdom, people with intellectual disability were eight times more likely than the rest of the population to die of COVID and disabled people made up 60 per cent of the deaths.

Intellectual disability was second only to age as a risk factor for death from COVID-19 in the US.

COVID-19 infections are more common in disadvantaged areas, both in Australia and internationally.

Residents in disadvantaged communities are more mobile, live and work in close proximity to other people, and are more likely to be essential workers who can’t work from home. These areas also tend to have high concentrations of ethnic minority and migrant communities.

Victoria’s second wave included outbreaks among residents and workers in aged-care facilities, along with outbreaks in health care, meatworks, and disability group homes.

In NSW’s current wave, outbreaks are spreading rapidly in First Nations communities in western NSW and in prisons.

Who is getting vaccinated?

Australia’s vaccine rollout strategy prioritised people at most risk of serious disease and death from COVID-19.

Phase 1A included aged-care and disability group home residents and the workers who support them.

In Phase 1B, First Nations Australians over 55 years and people with disability with chronic conditions were eligible.

People prioritised in these phases were meant to be vaccinated by April.

Prisoners are not explicitly included as a priority population.

But the strategy came without an implementation plan and vaccination levels are appallingly low in many groups.

Information about vaccination rates among disabled people and workers are not routinely shared and tend to be leaked to the media. On August 22, for example, the Sunday Age revealed just 27 per cent of NDIS participants were fully vaccinated, lagging behind the national rate.

Vaccination of prisoners and prison staff has also been slow. Many states only started their prison vaccination rollout in the last couple of months and data on vaccination coverage in correctional services have not been released (or perhaps even collected).

No targets yet for vaccinating vulnerable groups

The Doherty-led COVID-19 vaccination modelling is cited as justifying the federal government’s 80 per cent target. The modelling report acknowledges:

particular attention should be paid to groups in whom socioeconomic, cultural and other determinants are anticipated to result in higher transmission and/or disease outcomes.

The Doherty Institute’s director, Professor Sharon Lewin, emphasised that we need to achieve 80 per cent targets for all Australians including our most disadvantaged citizens.

However, the model itself did not specifically evaluate the potential impact on high-risk groups. Nor does the Commonwealth National Transition Plan focus on equity.

These risk factors are significant individually. But some individuals face intersectional disadvantage. Indigenous people, for example, experience disability at a higher level than the general population. And people with mental health issues are over-represented in prisons.

Until now, we have relied on public health measures to contain the spread of COVID-19. If we relax these and move quickly to rely mainly on vaccination without ensuring equitable delivery, those most at risk will face a disproportionately greater burden of serious illness and death.

Thankfully, vaccine supply is improving. Australians are being vaccinated at unprecedented levels, particularly in NSW.

However, unless we explicitly move to an equity-based strategy for vaccination, “at risk” populations will be left even further behind. 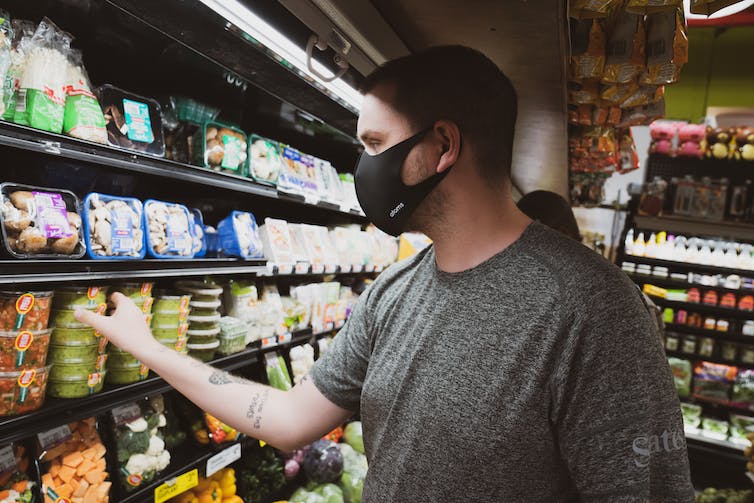 All Australians should have an opportunity to be vaccinated before the nation opens up. Atoms/Unsplash

Continuing our current strategy will mean that when we decide the time is right to “live with COVID”, many people who should have been the highest priority for vaccination could die.

We demand a rethink of our vaccine strategy to have an explicit focus on equitable vaccine allocation. Otherwise, it’s simply not “safe” for many Australians to come out of Morrison’s proverbial cave.

Australia's COVID plan was designed before we knew how Delta would hit us. We need more flexibility