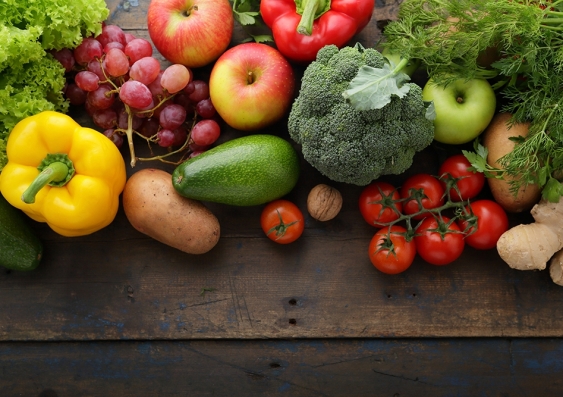 A fixation with eating foods that are considered ‘clean’ or ‘pure’ can be common in orthorexia nervosa. Image: Shutterstock

Have you ever cancelled social plans to have stricter control over your meals?
What about feeling severe emotional distress after eating something you consider unhealthy?
These are both potential signs of the proposed ‘healthy eating’ disorder, orthorexia nervosa – an obsessive approach to healthy eating that can be harmful to a person’s mental and physical health.
Dr Rebecca Reynolds, nutritionist, lecturer and researcher at UNSW Sydney, explains the key features of this little-known disorder – and what to look out for.

What is orthorexia nervosa?

Orthorexia nervosa is a proposed mental health condition that takes healthy eating to unhealthy extremes. The disorder involves an obsession with healthy eating that becomes detrimental to a person’s psychological and/or physical wellbeing.
The idea of ‘healthy’ could be based on a person’s own understanding of nutrition or an existing diet trend – even if they are not backed by science.
“Orthorexia isn’t just looking after what you eat – it’s taking this to a level where it has significant negative impacts on your life,” says Dr Reynolds, who has been researching orthorexia specifically for three years.
These negative impacts could include constant anxiety at mealtimes, extreme shame when deviating from self-imposed eating rules, or feeling a sense of panic when watching people eat foods considered unhealthy.
“A person with orthorexia would be so consumed with eating healthily that it significantly impairs their normal functioning,” Dr Reynolds explains.
Orthorexia is a proposed eating disorder, which means it hasn’t been clinically recognised as a unique disorder yet. Researchers such as Dr Reynolds are trying to understand more about its causes and symptoms, including how it differentiates from other mental health conditions (such as anorexia nervosa and obsessive-compulsive disorder).

The strive for purity

A fixation with eating foods that are considered ‘clean’ or ‘pure’ can be common in orthorexia. The term orthorexia itself is derived from the Greek word ‘orthos’, meaning ‘correct’ or ‘right’.
While healthy eating is a positive habit to maintain, an obsession with pure eating can be damaging for mental and physical health.
“Diet trends that demonise certain foods or nutrients have contributed to the problem,” says Dr Reynolds.
These diet trends can be closely tied to broader philosophies about how humans should be living and are often considered lifestyle movements.
The paleo diet, for example, aims to imitate the diet of our hunter-gatherer ancestors. It restricts the consumption of dairy products, legumes and grains. Similarly, a raw food diet asserts that eating a high proportion of raw food is healthier, with claims that cooked foods can contain harmful toxins.
“Cutting out entire food groups, foods or nutrients from your diet can result in malnutrition if you don’t know the true nutrient content of the foods and drinks that you are having compared to what your body actually needs”.
The rising popularity of ‘clean eating’ diet trends has occurred alongside the growth of Instagram.
“Social media is also partly to blame, with influencers and celebrities sometimes glorifying extreme diets,” says Dr Reynolds.
“Stress in life and general lack of control can be other contributing factors.” 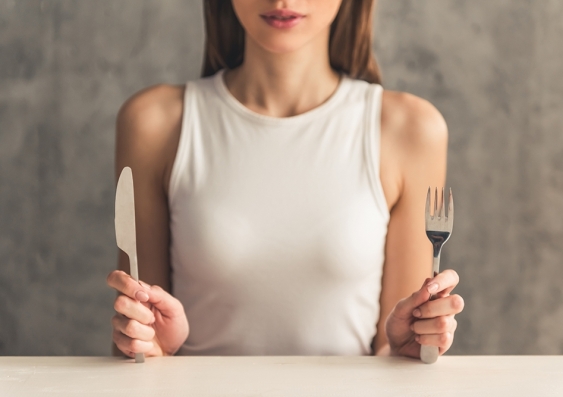 Nearly three quarters of health professionals surveyed believed that orthorexia should be clinically recognised as its own eating disorder, a 2019 paper led by Dr Reynolds discovered. Image: Shutterstock

When does healthy eating become unhealthy?

Orthorexia was proposed as a disorder almost 25 years ago by American physician, Dr Steven Bratman. Dr Bratman created a self-diagnosis test (which can be accessed in full on his website) to help indicate whether a person is too fixated on healthy eating.
It lists behaviours such as:
As orthorexia nervosa is not yet a clinically recognised eating disorder, a clearly defined set of signs and symptoms has not been confirmed.
However, as researchers learn more about the disorder, they have developed various questionnaires to help determine if people may be going overboard with their healthy eating.
“Questions such as ‘Do your thoughts constantly revolve around healthy nutrition and do you organise your day around it?’ and ‘Does your diet make it difficult for you to eat out, impacting your relationships?’ appear on these questionnaires,” Dr Reynolds says.
Researchers have also come up with draft diagnostic criteria for the condition.
“The proposed criteria include psychological preoccupation with self-defined ‘healthy’ eating – far beyond what is necessary for health. Physical symptoms such as malnutrition and weight loss may also be present, but this doesn’t always occur.”

Nearly three quarters of health professionals surveyed believed that orthorexia should be clinically recognised as its own eating disorder, a 2019 paper led by Dr Reynolds discovered.
However, crossover with other eating disorders, such as avoidant restrictive food intake disorder and anorexia nervosa, and other psychological disorders, such as obsessive-compulsive disorder, has made it difficult to set the parameters for orthorexia as a condition of its own.
“It takes time for something new to potentially become a distinct disorder that's recognised in diagnostic manuals,” says Dr Reynolds.
The Diagnostic and Statistical Manual of Mental Disorders is the standard diagnostic manual used by practitioners in Australia. Binge Eating Disorder – one of the most prevalent eating disorders in Australia today – only became a stand-alone disorder in the most recent edition of the manual, published in 2013.

Knowing when to seek help

While it’s important to maintain a healthy diet, balance is key.
“Obsession in any area of life is not healthy for the body or the mind, including with ‘healthy’ eating. Feeling really stressed out by a friend’s invite to dinner because he is serving chickpeas or whatever, and then staying at home instead of going to his dinner, isn’t ok,” Dr Reynolds says.
If you or someone you know thinks they may have a problem, Dr Reynolds suggests finding more information and help through The Butterfly Foundation, the InsideOut Institute or to speak with your GP.
Twitter Facebook LinkedIn