A UNSW research psychiatrist and people with mental health illnesses who used their experience to drive improvements in care are among the six finalists for the 2017 Australian Mental Health Prize. 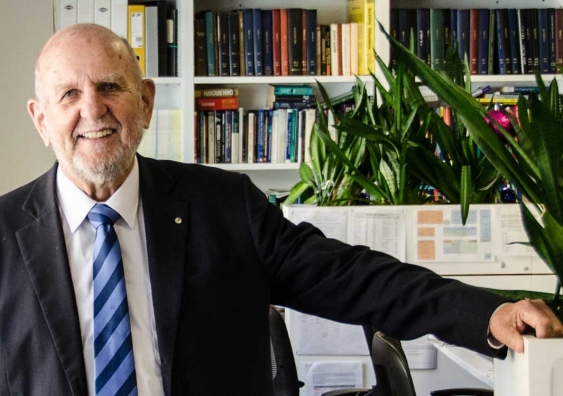 The prize, in its second year, celebrates Australians who have made outstanding contributions to the promotion of mental health, or the prevention and treatment of mental illness.

Six finalists have been selected from 56 entries across Australia, with the winner to be announced at a ceremony at UNSW on 20 November.

Professor Andrews, based at St Vincent’s Hospital, Sydney, is known in Australia and overseas as an innovative clinician and researcher.

He has published more than 600 papers and books, and in his role at the UNSW School of Psychiatry, has inspired and trained hundreds of young scientists and medical students.

He is also responsible for designing and developing THISWAYUP, a series of online courses to treat people for anxiety and depression.

Scientia Professor Philip Mitchell, Head of the UNSW School of Psychiatry, said the dedication and commitment of the six finalists was remarkable.

"We have seen individuals overcoming their own mental health issues to bring about positive change for others, and medical health practitioners and other professionals dedicating their careers and much of their personal lives to improving mental health care," he said.

"The need has never been greater, with around one million Australian adults suffering depression, more than two million affected by anxiety and a quarter of 16- to 24-year-olds experiencing mental illness," she said.

The other five finalists are:

Pam Brown has spent the past decade working for the Australian Kookaburra Kids Foundation. The foundation supports kids living in families affected by mental illness by providing recreational, educational camps and other activities, giving kids a break in a fun, positive and safe environment.

Professor Allan Fels is Chairman of the National Mental Health Commission. While he may be best known to some as the former Chairman of the Australian Competition and Consumer Commission, his achievements in the field of mental health are considered by many to be greater. He established The Haven Foundation, and also cares for his daughter, Isabella, who has schizophrenia.

Patrick Hardwick is the driving force behind The Practical Guide for Working with Carers of People with a Mental Illness, designed to reduce stigma around mental health by ensuring that carers receive the support they deserve. Patrick, who has anxiety and depression, has been a long-term carer for his wife, who was diagnosed with Post Traumatic Stress Disorder (PTSD) and clinical depression following a car accident.

Janet Meagher has been living with schizophrenia since 1969. For more than 37 years she has used her experience to champion the rights of people with mental health issues, serving on numerous committees and government agencies. In 1996, she was awarded the Member of the Order of Australia for service as an advocate for people with mental illness and psychiatric disability.

Professor Adam Scott set up the White Cloud Foundation, a charity providing early access to an array of health treatment for people living with or at risk of developing anxiety and depression. The foundation runs White Cloud Mums, providing dinners and support to perinatal mothers at risk, and also offers clinics to help people with PTSD and for new and expectant mothers.