Medical researchers at UNSW have revealed how painkiller sales have developed since codeine was rescheduled in 2018. 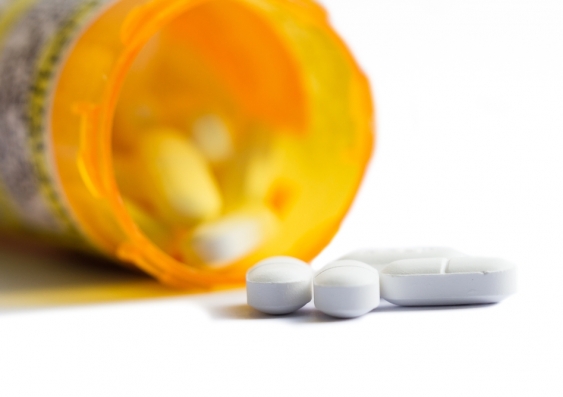 Consumers are turning to codeine alternatives after the popular opioid was removed from pharmacy shelves two years ago. Photo: Shutterstock

Sales of painkillers like paracetamol and ibuprofen have soared after the Australian government made codeine products prescription-only just over two years ago – but in what medical researchers consider good news, consumers don’t seem to have ‘switched’ to potentially harmful opioid derivatives instead.

The study – published today in the Medical Journal of Australia – analysed sales to pharmacies of a range of products, both codeine-containing and codeine-free, across four years, including in the year before and after the rescheduling. The data represent about 96 per cent of pharmaceutical sales in Australia.

“We have previously shown that the rescheduling led to a substantial reduction in codeine poisoning calls to the NSW Poison Information Centre, and a 87 per cent drop in low-strength codeine product sales – but what we didn’t know was what the rescheduling meant for the sales of other painkillers,” says lead author Dr Andrea Schaffer from UNSW Medicine’s Centre for Big Data Research in Health.

“In fact, the increase in sales of paracetamol, ibuprofen and paracetamol/ibuprofen combination products far offset the reduction in OTC codeine sales post-rescheduling.

“Paracetamol – the most commonly used painkiller – increased tablet sales by more than 75 per cent, increasing its market share from 44.9% of all packs of OTC analgesics to 60.1% of all packs.”

Combination paracetamol/ibuprofen products were popular as well – with sales more than quadrupling after rescheduling. The dramatic increase was likely related to increased marketing of these products, and the fact that they have similar pain-relieving effects to codeine combined with paracetamol or ibuprofen.

The researchers say that while these OTC products carry less risk of dependence, using them excessively or inappropriately is also associated with harms.

“Misuse and overuse of paracetamol has been associated with serious adverse events such as liver failure, and, in the case of ibuprofen, with gastrointestinal complications or kidney impairment,” Dr Schaffer says.

“This means we should monitor future numbers of adverse events like paracetamol overdose-related hospital admissions and liver injuries – particularly given these had already been increasing in Australia prior to the rescheduling.”

Only small increase in prescription sales

The researchers say the increase in prescription codeine was much smaller than the volume of sales there had been in the OTC market before the rescheduling.

“Contrary to our expectations, we observed only a slight increase in prescribed codeine post rescheduling – and we previously showed that this was due to increases in sales of low-strength preparations, rather than high-strength,” Dr Schaffer says.

“This suggests that only a small number of people seem to be switching to prescription products, meaning that OTC codeine use was likely – at least in part – driven by convenience and easy access.”

The researchers say one of the initial concerns around the rescheduling had been an anticipated increase in sales of products containing opioid derivatives – like OTC cold and flu products or cough suppressants containing dextromethorphan or dihydrocodeine.

“Experts were initially worried that consumers who previously bought codeine-containing painkillers may be switching to opioid derivatives – but it doesn’t look like that’s what’s happening, which is good news,” Dr Schaffer says.

“This confirms studies that also found a non-increase in non-codeine opioid sales, published by other researchers previous to our research today.

“In recent years there has been increased awareness about the harms of opioid over-prescribing, which may partly explain why there were no increased sales in that area.”

An anticipated outcome of the rescheduling was that increased interaction with doctors would lead to patients’ improved pain management and a reduced risk of dependence.

“It is unclear whether rescheduling alone will be sufficient to achieve these aims – and it’s not something we’ve examined in this study,” Dr Schaffer says.

“Complementary strategies – like greater funding for chronic pain management and dependence treatment programs – will be key to maximising health outcomes.”