Another day, another overblown cancer scare, this time about mobile phones. But what many people don't realise is that many alarming health reports are rarely based on an objective reflection of evidence, writes Bernard Stewart. 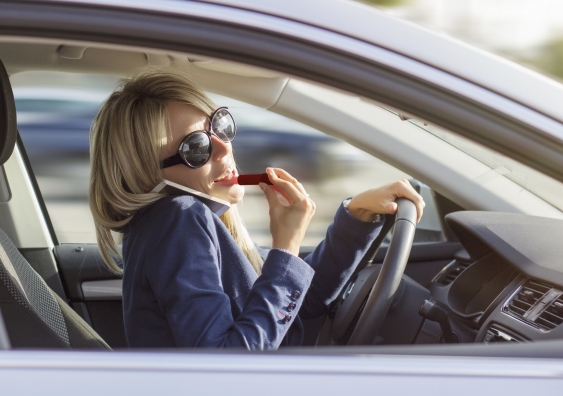 Holding a mobile phone to the side of your head may kill you... if you're driving a car. Image: iStock

OPINION: Holding a mobile phone to the side of your head may kill you. You've taken one hand off the steering wheel.

Tuesday's Catalyst indicated that your mobile may also kill you from brain cancer. This latest alarm is yet another cancer scare. Most such reports are wrong.

Everyone, including scientists, journalists and the wider community, is worried about what causes cancer – and not what doesn't. Scientific publications implicating cancer from consumer products (apart from tobacco and alcohol) abound and are publicised, no matter how tenuous the link.

Over past decades, the spectre of cancer causation has touched deodorants, moth balls, certain clothing, honey, fluoridated water, toothpaste, hair dyes, microwave ovens, lipstick, baby bottles, furniture fabrics and numerous household pesticides together with a battery of food contaminants. None has been proven to cause cancer in Australian consumers; some have been shown not to.

We know how to prevent cancer and that doesn't involve Wi-Fi or mobile phones. [It involves] not smoking, less drinking, controlling weight, exercising and care in the sun.

There are scientific publications about things that do not cause cancer, but these go unnoticed. Even scientists who are aware of which of their colleagues proved tobacco smoke and asbestos cause cancer cannot say who showed fluoridated water or coffee do not.

This past month, disrupted sleep was reported to have no effect on prostate cancer risk. Good news? Not for the authors hoping to extend a line of investigation. A media release? You're joking.

Exposure to very low amounts of carcinogen incidental to using a consumer product prompts changes in product formulation. This occurs in the absence of cancer causation being evident and as far back as the 1970s – examples include reducing nitroso compounds in beer and eliminating some aromatic diamines from hair dyes.

Cancer scares are rarely based on an objective reflection of peer-reviewed literature.

Recently, WHO sought nomination of agents for which earlier determinations of carcinogenicity status were no longer current. No one, including those featured in Catalyst, cited new evidence regarding phones or Wi-Fi as warranting a re-evaluation of the WHO 2011 'possibly carcinogenic' determination.

Another ABC program, Australia Story, reported the likelihood of chance accounting for breast cancer amongst certain ABC employees as being less than one in a million. The calculation was never subject to peer-review publication. Such publications have established the truth but the truth lies buried.

Epidemiology (cancer occurrence in different groups of people) revealed that chance most likely accounted for the cluster, but this report received minimal publicity. Genomics (variations in relevant DNA sequences) confirmed chance as the only credible explanation, but these results were accorded low profile and remain unknown.

Fear of insidious cancer causation trumps scientific imperatives. We know how to prevent cancer and that doesn't involve Wi-Fi or mobile phones. Cancer prevention involves not smoking, less drinking, controlling weight, exercising and care in the sun. Few TV programs there; it's dull, dull, dull. But those measures can save your life.

The possibility of some brain cancer arising after decades of heavy mobile usage cannot be definitively ruled out right now. However, current evidence doesn't justify the anxiety raised. The latest mobile phone scare may join the "one in a million" programs as contender for the most misleading information about cancer causation presented to the Australian community by reputable authority.

Bernard Stewart is a Professor of Medicine at UNSW.