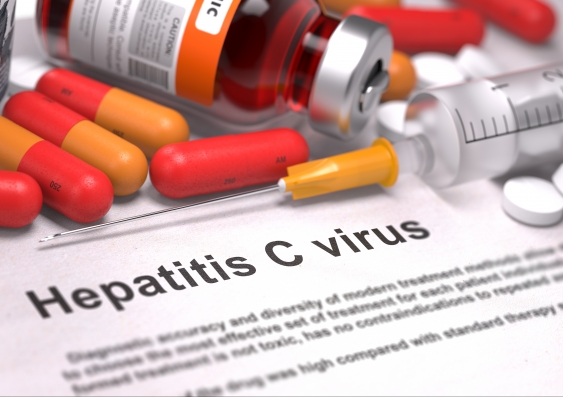 Researchers are calling on an end to discriminatory health and illicit drugs policies, based on overwhelming evidence that new hepatitis C therapies are effective at curing the virus in people who inject drugs.

The Kirby Institute research, being presented at the 7th International Symposium on Hepatitis Care in Substance Users in Cascais, Portugal and published in The Lancet Gastroenterology and Hepatology, provides the strongest evidence-base to date to support the removal of restrictions to accessing hepatitis C therapy based on recent drug use.

Globally, more than one in three people who have injected drugs in the past year are living with hepatitis C. New therapies for hepatitis C can cure the virus in more than 95% of people, however in many countries the treatment is inaccessible to people who inject drugs, due to restrictions on treatment reimbursement related to an individual’s recent drug use. In addition, many clinicians are hesitant to prescribe hepatitis C therapy to people who use or inject drugs, as there are concerns about adherence and the chance of reinfection.

“The results of our research show that the response to hepatitis C therapy among people who inject drugs was very favourable. Across almost 40 studies worldwide, involving more than 3500 people with recent or ongoing drug use, hepatitis C was cured in almost nine out of 10 people,” said Dr Behzad Hajarizadeh, from the Viral Hepatitis Clinical Research Program at the Kirby Institute, and lead author on the study. “We conducted a systematic review, which means we examined all the available evidence from studies conducted globally on this topic. It means we can be very confident about these results.”

“People should not be denied life-saving treatments, simply because of their recent drug use,” said Associate Professor Jason Grebely from the Kirby Institute. “Policies that deny hepatitis C treatment for people who use or inject drugs are unacceptable; they are driven by discrimination as opposed to evidence. I hope our research will encourage countries to overturn these policies and allow treatment to all people living with hepatitis C, regardless of current or previous drug use. In fact, given high prevalence rates, people who inject drugs really should be prioritised for treatment.” Associate Professor Grebely is also President of the International Network of Hepatitis in Substance Users (INHSU).

Australia has offered broad access to hepatitis C treatment through its Pharmaceutical Benefits Scheme (PBS) since March 2016, and as a result, is already seeing significant reductions in hepatitis C among people who inject drugs. A Kirby Institute analysis found that prevalence of active hepatitis C infection among people attending needle and syringe programs declined from 43% to 25% between 2015 to 2017, coinciding with the PBS listing.

“The World Health Organisation has set a target to eliminate hepatitis C by 2030,” said Associate Professor Grebely. “Our data provides robust evidence to inform global clinical guidelines, and we hope it will improve public health policy for hepatitis C treatment for people who use drugs internationally. This will bring us closer to the ambitious goal of global elimination.”

The 7th International Symposium on Hepatitis Care in Substance Users is taking place in Portugal, where illicit drug use has been decriminalised since 2001. On Tuesday, researchers, politicians and international advocates gathered at the Portuguese National Parliament for a joint action policy day led by INHSU and UNITE, a global network of parliamentarians developed to end HIV/AIDS, viral hepatitis and other infectious Diseases. International members of parliament and other stakeholder organisations signed the ‘Global Declaration to Eliminate Hepatitis C in People Who Use Drugs’ led by INHSU, in which they called on world political leaders to adopt the World Health Organisation goal of hepatitis C elimination as a global public health threat by 2030. The Declaration outlines seven actions to close the “gap between the global impact of hepatitis C on the health and well-being of people who use drugs and the limited access to evidence-based services effective for the prevention, diagnosis and treatment of hepatitis C infection”.