Professor Rodney Phillips, an eminent Australian academic who is currently a Vice-Dean of Medical Sciences at Oxford, has been appointed Dean of Medicine at UNSW. 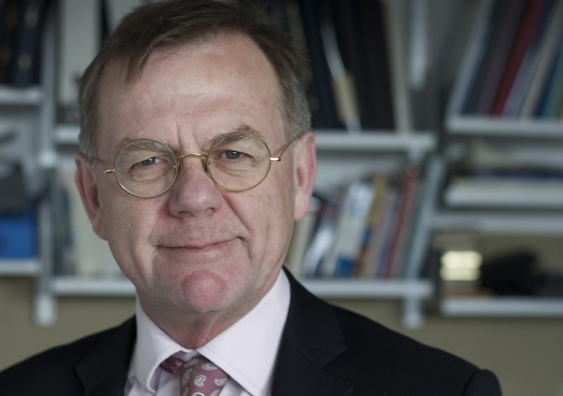 Professor Rodney Phillips, an eminent Australian academic who is currently a Vice-Dean of Medical Sciences at Oxford, has been appointed Dean of Medicine at UNSW, Vice-Chancellor Professor Fred Hilmer announced today.

Professor Phillips holds senior research Directorships at Oxford, as well as serving as a Vice-Dean of the university’s Medical Sciences Division. A recipient of numerous awards, he has had a distinguished career as a clinician, researcher and medical administrator in the UK since leaving Australia some 30 years ago.

Professor Phillips will take up the appointment in mid-2015. He will replace Professor Peter Smith, who is stepping down as Dean after 10 years in the role.

“This is an outstanding appointment for UNSW,” Professor Hilmer said. “Oxford’s medical faculty is ranked as one of the top two in the world and is the largest in Europe for research income and infrastructure. Professor Phillips plays a critical role in helping to lead that Division, while continuing his work as a research leader.

“UNSW Medicine has gone from strength to strength under the leadership of Peter Smith. Professor Phillips’ appointment is a sign of how well regarded the faculty is internationally and signals a new chapter in its development. “

The appointment has been warmly welcomed by UNSW’s incoming Vice-Chancellor, Professor Ian Jacobs. Professor Jacobs, currently Vice-President and Dean of the Faculty of Medical and Human Sciences at the University of Manchester, is due to join UNSW in February 2015.

“UNSW Medicine is one of Australia’s great medical schools,” Professor Jacobs said. “It is recognised as a leading centre for medical and health related education and research.

“I am delighted that Professor Phillips has agreed to take on the role of Dean. He has had a distinguished career in the UK in both medical administration and research and there is no doubt that he will lead the faculty with distinction.”

Professor Phillips holds an MBBS and an MD from the University of Melbourne and an MA from Oxford. He began his career as a physician at the Royal Melbourne Hospital before moving to Guy’s Hospital in London in 1981. He joined Oxford University as a lecturer in 1983, was appointed Professor of Medicine in 1997 and went on to become Head of Research and Associate Dean of the University’s Division of Medical Sciences. He took up his current position as Vice-Dean in 2011.

Professor Phillips is Director of the Peter Medawar Building for Pathogen Research at Oxford and Co-Director of the Oxford Martin Institute for Emerging Infection, a unit aimed at investigating pandemic viral infections. His personal research is focused on HIV/AIDS: his Oxford group was the first to define the mechanism through which HIV evades human immunity.  He is a Fellow of the Royal Australasian College of Physicians, the Royal College of Physicians (London) and the Academy of Medical Sciences, and a Fellow by special election of Oxford’s Pembroke College.

Five myths about HIV in Australia