A study of thousands of premature babies has found that parents who spend long periods in hospital caring for their infant experience less stress and that babies show faster weight gain. 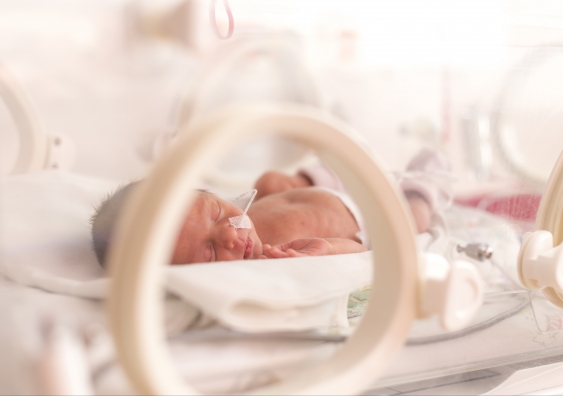 Parents who spend extended periods of time caring for their very premature babies in hospital experience reduced anxiety and their infants show significant weight gains, according to a study led in Australia by Professor Kei Lui of UNSW Sydney.

The study, published in The Lancet Child & Adolescent Health, followed parents in 26 neonatal intensive care units (NICU) who spent six to eight hours each day providing direct care for their preterm baby born before 33 weeks, with the support of medical staff. It found significant improvements in breastfeeding rates, fewer readmissions, a drop in parent stress levels and higher infant growth rates over a three-week period.

“Involving parents in the integrated care of very fragile, premature babies is hugely beneficial,” says Professor Lui, study author from the UNSW School of Women's and Children's Health and the Royal Hospital for Women.

“Both mothers and fathers became integral to the NICU team. They were very close with the baby for prolonged periods each day, attended education sessions and spent a lot of time in ‘kangaroo care’ or uninterrupted skin-to-skin contact.”

Babies cared for directly by the parents gained an average of two grams more each day, or 42 grams over a three-week period, than those receiving standard care. They weighed an average of one kilogram at birth.

“For parents, it can be very challenging looking after premature babies who are very fragile and often look very different to what a full-term baby looks like,” says Professor Lui. “By implementing a structured approach that involves parents as a member of the care team, they can contribute equally, work with doctors and nurses to provide updates, and track their baby’s health. They use diaries to record how much time they spent in the unit and what they learnt.”

The research was conducted in hospitals in Australia, New Zealand and Canada from 2013 to 2015 and involved almost 1800 babies, with half of those in a Family Integrated Care (FICare) program – a model that involves daily group parent education sessions, participation in doctors’ rounds, administering oral medication and long stretches of care.

“This recognises how important the role of the parents is in the care team. It doesn’t mean a reduction in nursing duty; often the nurses work harder to supervise and take on another role as educator.”

Professor Lui says the FICare model, which originated in Canada, should be a standard model of care in all Australian hospitals with NICU departments.

“FICare shifts the current doctrine of parents as observers to active caregivers and advocates for their babies. Despite family-care being promoted in many NICUs, most programs do not integrate the parents fully as part of the care team. This study shows the  need for a culture change in the departments.”