Almost two-thirds of parents are foggy on the facts around cannabis use and its effects, despite believing they hold the primary responsibility for the drug education of their children, according to a new survey. 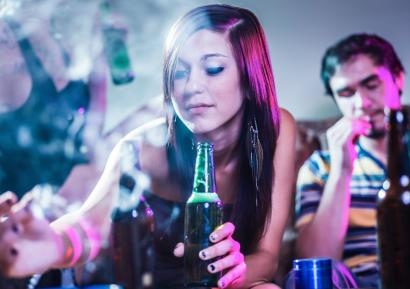 Coinciding with Drug Action Week 2014, a survey from the National Cannabis Prevention and Information Centre (NPIC) at UNSW has revealed that over 65 per cent of parents are foggy on the facts around cannabis use and its effects, despite believing they hold the primary responsibility for the drug education of their children.

In a sample of over 1000 Australian parents of teenagers, almost 90 per cent have had a conversation with their child about drug use, even though the majority were themselves uncertain of the consequences of cannabis use.

“The survey shows that most parents are being very proactive when it comes to informing their kids about drugs, and while this is important, it is equally important that this information is accurate. The fact that a quarter of the respondents said that their children initiated drug education conversations suggests that some kids are looking to their parents for guidance, so it is imperative that parents have a clear understanding of the facts,” said UNSW's Dr Peter Gates.

While 80-90 per cent of respondents think regular cannabis use by under 18s can have serious effects on physical and mental health, education, employment and social choices, almost 50 per cent of respondents were unaware of the legal consequences of being caught with cannabis. Despite media coverage over recent years, two thirds of parents identified their own complete lack of awareness of the difference between cannabis and synthetic cannabis. While many acknowledged the dangers of synthetic cannabis, more than half failed to correctly identify that it is illegal in Australia.

“Cannabis use is a highly complex issue with a range of different consequences that would not be fully covered in one conversation. As well as being informed before they initiate conversations, parents should also be aware that ongoing dialogue will help to ensure their kids better understand the consequences of cannabis use,” said Dr Gates.

“The survey showed that cannabis use is not discussed openly in almost half of the respondents’ households. This may not be surprising as discussions about drug use can feel confronting or challenging, and it can be difficult to know where to start or what should be said – especially where teenagers are concerned.”

“A good place to start would be to gather factual information and clarify for yourself what your greatest concerns are about your child using cannabis. Expressing your concerns can be powerful, don’t undervalue the potential for your voice to have a positive impact. Express yourself clearly - be honest, be non-judgemental, avoid ultimatums and stay positive.”

Drug Action Week (15-21 June) is the perfect time to get informed and initiate those important conversations with your teenager. Read background information for parents here