Even many years after discharge, people who have been psychiatric inpatients have suicide rates about 30 times higher than the rate of the general community, new research finds. 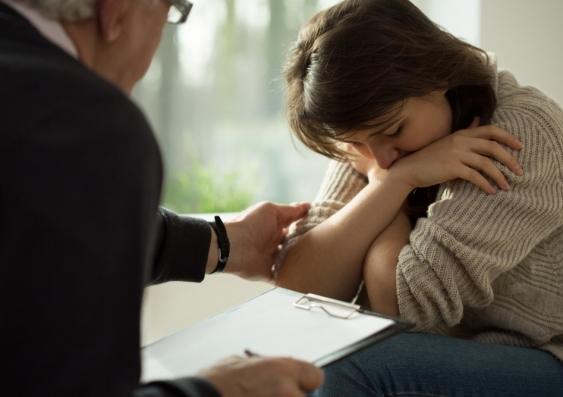 People who have been admitted to psychiatric care remain at risk of suicide for many years after discharge and should have ongoing access to care, new research suggests.

It was more than two times higher during the first three months after discharge and more than four times higher among patients admitted with suicidal thoughts or behaviours.

Even many years after discharge, people who have been psychiatric inpatients have suicide rates about 30 times higher than the rate of the general community, Professor Large says.

“The traditional wisdom is there is a period of increased suicide risk for a month after discharge from hospital, but this seems to suggest there’s actually a very high suicide rate for at least three months after discharge, and in all likelihood, it goes on for years,” he says.

“Having been a psychiatric inpatient appears to be the statistically strongest risk factor - stronger than having any mental disorder orsubstance use, in fact, any other factor you can think of.”

Professor Large says suicide risk assessment that categorises some patients as low-risk post-discharge may be misleading.

The figures suggest that 0.28% of all discharged patients may suicide within three months after discharge. In other words, “low risk” patients still have a probability of suicide that is many times above that of the general community.

“This paper argues that really, instead of thinking about the individual characteristics that might determine follow-up, whole classes of patients probably need more follow-up,” he says.

“We professionals shouldn’t be falsely reassured by our judgements about people at the point of discharge from hospital.

“We should have a level of concern about every patient and I think it behoves us to think about how we can provide suicide preventing strategies for every single patient.”

Professor Large says some people get intensive follow-up after discharge from hospital, but many are released to the care of a general practitioner or a small number of sessions with a psychologist, which may not be enough.

The period shortly after discharge should be a time of increased clinical attention, and this group should be the focus of suicide prevention efforts in the community for years.

“A class of people who’ve been sufficiently ill or disabled to warrant a psychiatric admission probably should have reduced long-term barriers to care.

“I would argue, for instance, that 10 Medicare sessions for psychological services for people who’ve previously been admitted is probably not sufficient.

“Ten sessions might be alright for someone who has a single disorder, but most people in hospital have got complex issues that aren’t really addressable in 10 sessions.”

“Patient year” is used to calculate the suicide rate to provide an accurate comparison, as follow-up time after discharge was not the same in all studies.

Suicidal thoughts not a reliable warning of suicide