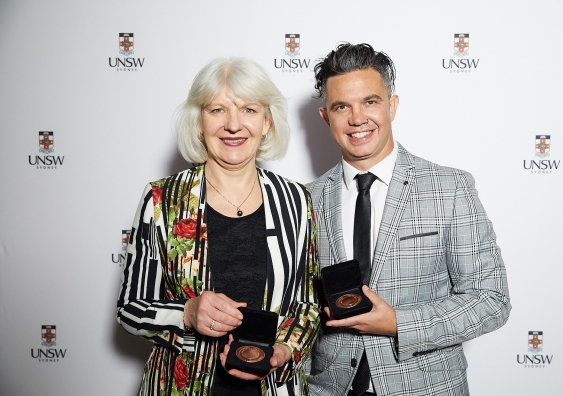 Prime Minister Scott Morrison presented the winners with their awards at a ceremony at UNSW Sydney on Wednesday night.

The Prize, now in its fourth year, was established through UNSW Medicine’s School of Psychiatry to recognise people who have made outstanding contributions to the promotion of mental health or the prevention and treatment of mental illness.

“This year’s winners and finalists demonstrate the diverse and deeply compassionate work being undertaken in many challenging areas across this nation,” she said.

Scientia Professor Henry Brodaty, from UNSW Medicine’s School of Psychiatry, said that “Australia leads the way internationally in many aspects of mental health and it is important to shine a light on those who dedicate so much of themselves to continually improving our approach in this area."

Professor Brodaty emphasised the importance of dedicating more resources to the overburdened psychiatric system, including implementing "aftercare for at least three months after people try to take their life."

"This year’s dual winners showcase the significant and collective work being done that we should all be proud of and grateful for,” said Professor Brodaty. 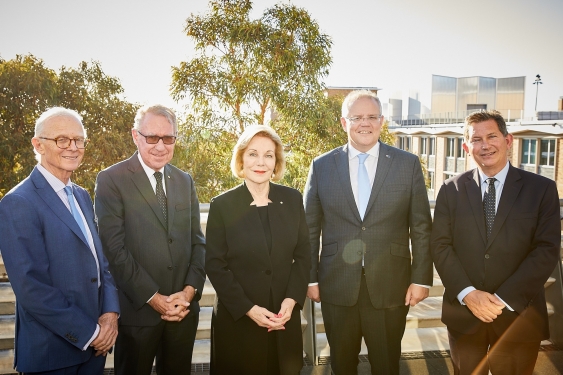 For most of his life, he has battled with suicidal ideation and bipolar disorder. After a suicide attempt in 2012, Mr Williams was driven to help people to overcome mental health challenges through his organisation The Enemy Within. He now speaks at motivational workshops in some of the most remote communities in the country, including remote East Arnhem Land and the Kimberley.

“When I was experiencing mental health issues, I didn’t speak to anyone about what was going on inside my head,” said Mr Williams. “Rugby league was a tough man’s sport so I didn’t want to show what I thought at the time was weakness.  There is still considerable stigma that still exists around mental illness today, you can only imagine what it was like 20 years ago.”

“After I attempted suicide, I started to talk to people about my struggles, which in turn led to speaking in schools, sports clubs and elsewhere. The conversation was alive. The more I helped people heal from their traumas and tough times with mental illness, the more it started to help me."

“I deliver a lot of programs in regional and remote communities because the suicide rates are astronomically higher due to lack of services. As Aboriginal people, we have some of the highest suicide rates in the world. Our wellbeing is deeply embedded within the land. My biggest healer has been connection to culture and country.

“I am extremely humbled to be named a dual winner of this year’s Australian Mental Health Prize and would like to acknowledge the incredible work of my fellow finalists. We are all in this together. The work The Enemy Within does is about alleviating the despair that people face with mental health challenges every day. Suicide prevention starts in the family home, around the kitchen table. If you see someone struggling, don't wait for them to reach out, find out." 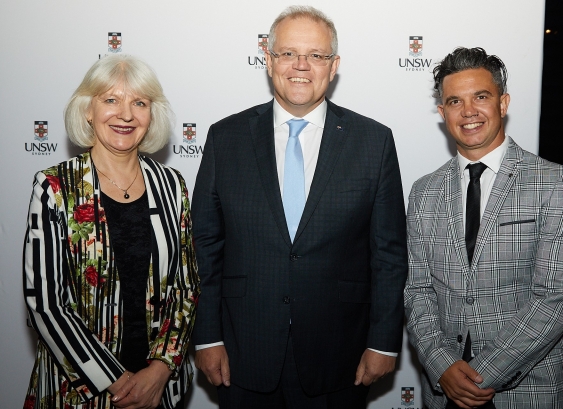 Christine Morgan is the CEO of the National Mental Health Commission, tasked with bringing together the 2030 Vision for Mental Health and Suicide Prevention and associated system reform for Australia. As former CEO of the Butterfly Foundation, she led a collaborative advocacy strategy that included amplification of eating disorders as a serious mental and physical health issue.

“I am incredibly honoured to have been selected as a dual winner of the Australian Mental Health Prize. It provides an opportunity to pause and reflect on the journey to date, and to acknowledge the dedication and support of the mental health sector and people experiencing mental illness,” says Ms Morgan.

“Just as we will suffer from physical ailments, there will be times when our mental health and wellbeing will need attention and care. That is part of being human."

In July, Ms Morgan was appointed National Suicide Prevention Advisor to the Prime Minister, a role that oversees and drives a government-wide approach to suicide prevention.

“Many of us will experience mental illness, specific psychological disorders that require treatment, or we will support and care for someone with a mental illness. However, the levels of stigma are harmful and too frequently are the reason for people delaying or avoiding seeking help."

“I am inspired and driven by the stories of those who face and seek support for their mental illness – and who are testament to the fact that mental illness does not prevent anyone from living a full life in which they thrive."

The Australian Mental Health Prize was established in 2016 by UNSW Medicine's School of Psychiatry, Australia’s pre-eminent psychiatric research department. It recognises outstanding Australians who have made major contributions to either the promotion of mental health, or the prevention and treatment of mental illness.