Three decades after the onset of the AIDS pandemic, Australia’s leading HIV research body The Kirby Institute is calling on ‘pos-neg’ couples to join the fight for HIV. prevention. 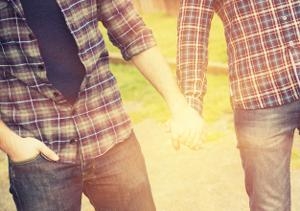 Three decades after the onset of the HIV pandemic, Australia’s leading HIV research body is calling on ‘pos-neg’ couples to join the fight for HIV prevention

A study of serodiscordant gay couples, where one is HIV-positive and the other one HIV-negative, holds enormous promise for transmission prevention strategies, with the end objective of reducing overall infections.

The study, called Opposites Attract, is designed to establish if HIV transmission to the HIV-negative partner is linked to whether the HIV-positive partner is taking antiretroviral therapy and what men in these relationships think about this possibility of viral transmission.

This new study is now recruiting gay couples in Sydney, Melbourne and Adelaide. Recruitment will soon start in Brisbane, and in 2013 also in Cairns and Canberra. Recruitment is through referrals from clinics and by men in the community volunteering themselves.

“The Opposites Attract study is very exciting because it holds the potential answer to many treatment-as-prevention questions,” said UNSW Professor Andrew Grulich, head of the Kirby Institute’s HIV Epidemiology and Prevention Program. “Volunteers for this study will be making a major contribution to our understanding in this field.”

Saturday 1 December is World AIDS Day and marks thirty years since the HIV pandemic was recognised as one of the greatest international health threats in the modern era. The Kirby Institute, Australia’s leading HIV research institute, has collaborated in research leading to every major breakthrough in world-wide HIV treatment and management since its inception in 1986.

The Kirby’s inaugural Director, Professor David Cooper AO FAA, has participated in or led clinical trials that have brought every effective HIV therapy into use around the world. “These treatments are little short of a miracle for the person living with HIV,” Professor Cooper said. “But on World AIDS Day, we have to remember that for every three people around the world who start taking antiretroviral therapy, another five become infected. Prevention is the only answer.”

The Kirby Institute is a research centre of the University of New South Wales.