Opinion Predicting the risk of depressive disorder – promises and pitfalls

Harnessing genetic science to head off major depressive disorder, the world’s leading cause of disability, is fraught with controversy, writes Dr Alex Wilde. 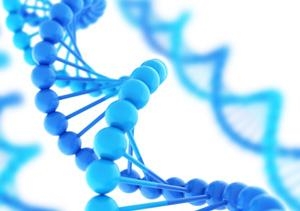 The possibility of harnessing genetic science to head off major depressive disorder, the world’s leading cause of disability, is getting closer. But molecular intervention for this common multifactorial disease is fraught with controversy while the science matures.

Promising but difficult-to-replicate results of genetic studies have triggered a proliferation of start-up private laboratories marketing genetic “susceptibility” tests on the internet, direct to consumers. Many of these products lack a robust scientific basis and the results are complex to interpret, even for experts.

The strongest evidence for a genetic association to major depressive disorder comes from genome-wide association studies and other genetic studies that have found particular DNA sequences called single-nucleotide polymorphisms (or SNPs/“snip”) associated with the disorder in a range of genes.

These studies have shown that multiple common SNPs or variants are likely to be responsible for a high proportion of the heritable risk for major depressive disorder, although the contribution of each SNP alone is said to be small.

Many of the genetic tests available online, including tests for major depressive disorder, rely on identifying variants of single genes that only contribute to a small part of the risk for diseases. Whether such genetic tests can provide meaningful health information is questionable as many of the common disorders tested for require additional genetic and environmental factors to manifest.

Nevertheless, consumer power is seductive. And if there’s a genetic test that promises to shed light on a health risk, people want to have it. That’s certainly the view of a significant majority of Australians who answered a large national survey of more than 1000 people, conducted by our research group.

Almost two-thirds (63%) of the survey participants said they were in favour of having a genetic test for depression susceptibility – if it was available from a doctor. Significantly fewer (49%) were willing to purchase such a test directly from a genetic testing company online.

The chief concerns of the respondents were worries about potential discrimination from insurers or employers and the loss of privacy for personal genetic data. Such fears are not baseless. Healthy early adopters of the currently unregulated technology with a high-risk test result could remain healthy but be denied insurance, given shorter periods of cover or even have to pay higher premiums.

In the United States, the Genetic Information Non-discrimination Act became law in 2008, but Australia currently has no legislation to protect individuals who purchase online genetic tests from discrimination, including by insurance companies.

A future development in personalised genetic testing is likely to be in the area of patient response to psychotropic medications. The identification of SNPs associated with an effective response to medication would enable doctors to prescribe medications that best match a patient’s genetic profile.

Several genome-wide association studies have been published in this area. One of these found that patient response to antidepressants could be predicted from a combination of multiple genetic variants and the individual’s clinical features.

Despite the scientific evidence still being preliminary, more than half a dozen high-profile private laboratories now market genetic tests that are purported to predict response to a range of psychotropic medicines online. But unlike many genetic susceptibility products, online pharmacogenetic products have to be ordered through a physician and include genetic counselling.

Another promising development lies in the possibility of targeting genes in the brain that are implicated in the pathophysiology of depression.

Last year, a team of German researchers found that a gene called SLC6A15 is associated with reduced expression of the gene in the hippocampus of depressed patients. This suggests medication that targets SLC6A15 could be developed to “turn up” expression of this gene in depressed patients and treat the illness at an early stage. Such medicines or genetic tests are not currently available.

Family history is still the most reliable method of predicting likelihood of major depressive disorder. Genetic tests that can accurately predict susceptibility to disease, individual response to medication and target under-performing genes will make a major contribution to preventive mental health strategies in the future.

As we learn more about the contribution of multiple risk factors to major depressive disorder and their interactions, we get closer to being able to anticipate our risk for this debilitating disease and take the necessary steps to improve our odds for better health in the future.

Dr Alex Wilde is a research fellow in psychiatry at UNSW.

If you think you may be experiencing depression or another mental health problem, please contact your general practitioner or in Australia, contact Lifeline 13 11 14 for support, beyondblue 1300 22 4636 or SANE Australia for information.

How the DSM-5 has come to grief