As retirement looms for elite sportspeople, there is a need to prepare for the transition to post-sport life. But there are important things to consider long before this, writes Andrew Martin. 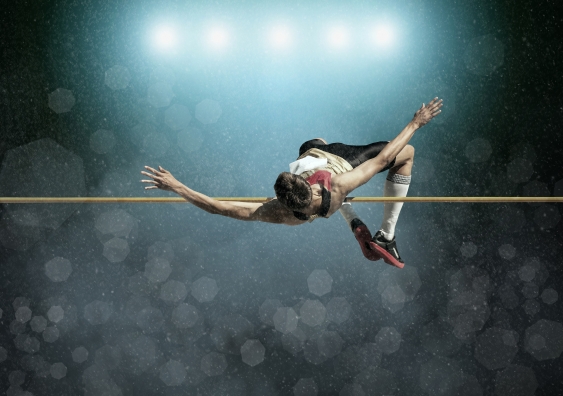 Without question, transition planning is important as retirement draws near. Through a sportsperson’s career and then as retirement looms, there is a need for solid support, education and preparation. During and after retirement many also may need further support.

But my research among elite performers – in particular, gifted and talented students and prodigies – suggests there are important things to consider before adulthood.

Many high-ability children and young people are celebrated for their capacity to achieve. Over time, it is not uncommon for their worth as a person to be contingent on their achievements.

The risk here is that the child feels inherently more loveable and more worthwhile when they achieve. When the achievements end, or these children “fail”, they can feel less loveable and less worthwhile.

Research and practice suggest it is important to separate a child’s worth from their achievements or natural ability. They are not inherently a better person because they achieved – or less of a person if they did not.

Importantly, when a child does achieve, there is cause for celebration. But we suggest celebrating the effort and attitude that got them there. This places value on the actual attributes, such as effort and attitude, that will underpin successful transitions later in life.

Our research also suggests that the more a person’s worth is tethered to their capacity to achieve, the more fearful of failure they may become.

Thus, for example, not only is an exam or competition a test of their academic or sporting skill, it is also a test of their worth as a person. This raises the stakes and elevates the fear of failure. They then become motivated to avoid failure and mistakes. They also become unwilling to ask for help because this is seen as an admission of incompetence or failure.

We explain to young people that their true growth opportunities lie in their mistakes. A courageous and constructive interpretation of mistakes, failure, setback and seeking help lays a solid foundation for the later challenges of transition.

Elite performers who tie too much of their worth to their capacity to achieve can have some problematic responses when the achievements end or there is the risk of “failure”.

One response is to try so excessively the risk of “failure” is eliminated. Perfectionism can be an example of this.

Others may seek to establish an alibi or excuse in the event of poor performance. Self-sabotage is one such strategy. Examples of self-sabotage are wasting time, doing little or no practice, procrastination and – in extreme cases – abusing alcohol and other drugs.

Self-sabotage establishes an excuse or alibi that is self-protective: no-one can question the person’s ability if they have not tried hard enough. However, our research shows these responses can end up leading to poorer performance and become a slippery slope towards disengagement and helplessness.

Again, separating a child’s worth from their achievements (so they are not problematically motivated to self-protect), while encouraging courageous and constructive views of mistakes and failure, is critical.

Some high-ability children define themselves narrowly. One counselling strategy is to advise that no single part of our life should contribute more than one-third to our self-identity and self-esteem.

Therefore, children need to develop a few channels in life where they can get to know themselves and develop their self-esteem. They may be great at sport, but their academic life is also worth attending to, as are friendships outside of sport, and perhaps a hobby or recreational interest.

So, when one channel closes (like a sporting career coming to an end), a person’s self-identity and self-esteem have other channels on which to draw. This means all their self-identity eggs are not in the one basket when they retire.

If having a few channels in a child’s life is important for a balanced identity, this opens up opportunities for the child to learn some critical lessons that are a reality in all our lives at some stage, including during times of transition.

Although the child is exceptional in one domain, this does not afford special privileges that will deny them important life lessons critical for later transitions. For example, an elite young sportsperson is not exempt from consequences that other young people face if rules are broken. This is helpful in teaching these elite performers their responsibilities and the “boundary conditions” of their entitlements as a talented youngster.

Transition to life beyond sport is essentially about transition to a life that no longer involves unique and idiosyncratic conditions. Learning broader life lessons and responsibilities early is thus relevant to later transitions.

One’s sense of self and place in the world develops through childhood and adolescence. To the extent that this is the case, perhaps an earlier and longer view on transition planning is needed. While we are never too old to learn and change, early lessons tend to stand the test of time and challenge through life.

If you or anyone you know needs help: