A large study shows preschool benefits Aboriginal children's development more than childcare or being taken care of at home. But the benefits of preschool are not as large as for non-Aboriginal kids. 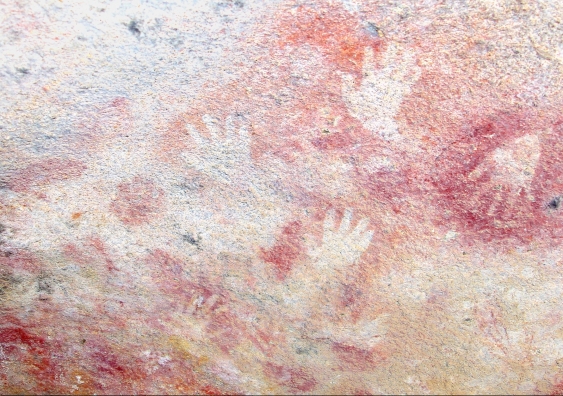 A new study examines whether preschool itself is beneficial to Indigenous children. Photo: Shutterstock

A large study has, for the first time, shown preschool benefits Indigenous children more than other types of care such as long daycare (childcare) or home-based care.

This is important because while past studies had shown Indigenous children who had attended preschool were more likely to be ready for school, it was unclear whether preschool contributed to better outcomes.

These children might have had better developmental outcomes regardless of their participation in preschool. For example, children who attend preschool are also more likely to live in more advantaged households. This also contributes to better outcomes.

We set out to find whether preschool itself benefited children, and to measure these benefits using real-world data.

Our study of NSW public school children, published in the Journal of Epidemiology and Community Health, shows preschool attendance appears to have developmental benefits for Aboriginal and Torres Strait Islander children, compared with home-based care in the year before school. This is after taking into account differences in children’s socioeconomic and health circumstances.

We classified any type of care that wasn’t preschool or long daycare as home-based care. This can include family daycare and care at home by parents and grandparents.

We also found differences in early life circumstances explained much of the developmental gap between Aboriginal and non-Aboriginal children in all types of early childhood education and care.

This highlights the importance of meeting the health and social needs of Aboriginal children and families, alongside early childhood education, to improve early life outcomes for these children.

Why we did our study

One of the seven early Closing the Gap targets was to ensure 95% of Aboriginal and Torres Strait Islander four-year-olds were enrolled in early childhood education by 2025.

In 2018, the Morrison government updated the Closing the Gap framework in partnership with Aboriginal peak organisations. There are now two targets related to early childhood education:

One assumption underlying these targets is that early childhood education will improve developmental outcomes among Indigenous children. We wanted to find out if preschool is achieving this goal, and to what extent.

Read more: Preschool benefits children and the economy. But the budget has left funding uncertain, again

We used developmental data for 7,384 Indigenous and 95,104 non-Indigenous public school children who started school in NSW in either 2009 or 2012. The data were collected as part of the Australian Early Development Census (AEDC). It takes place every three years and is based on teachers’ knowledge and observations of the children in their classes.

Children’s development is scored between zero and ten on each of five key domains of development: physical, social, emotional, language and cognitive, and communication.

We combined the developmental data with other population datasets, including birth registrations, midwives and hospital and school enrolment data. This was to understand children’s health, early childhood education and family circumstances.

After taking into account the differences in children’s early life circumstances, the risk of developmental vulnerability was six percentage points lower for non-Indigenous children who attended preschool than those in home-based care. It was three percentage points lower for Indigenous children who attended preschool compared with those in home-based care.

Read more: 1 in 5 kids start school with health or emotional difficulties that challenge their learning

Children in home-based care had the highest risk of developmental vulnerability. For non-Indigenous children, there was a lower risk for long daycare compared to home-based care.

However, we found there were no benefits of long daycare without a preschool program for Indigenous children. This highlights the type of early childhood education and care matters.

What does all this mean?

Preschool is an important part of the ongoing strategy to ensure Aboriginal and Torres Strait Islander children start full-time schooling ready to achieve their full potential.

Our findings reinforce the importance of the new Closing the Gap partnership with Aboriginal peak organisations to ensure Aboriginal leaders and communities are integrally involved in using data to understand, and respond to, the needs of their children and families.

Read more: Victoria and NSW have funded preschool for 2021. It's shaping up to be a federal election issue

A final point worth emphasising is that most Indigenous children are not developmentally vulnerable when they enter full-time schooling. This highlights areas of strength that future policies can draw upon.

This research would not be possible without governments facilitating access to, and links of, administrative datasets, and the ongoing contribution of Aboriginal and Torres Strait Islander families to data collection in Australia.