An increase in deaths from prescription painkillers is alarming, but the problem does not arise from one simple cause and a single intervention won't offer a solution, argues Louisa Degenhardt. 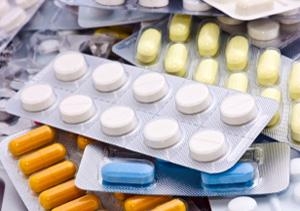 OPINION: The harm caused by prescription opioids has captured the media's attention in recent weeks.

This was in part prompted by new data on accidental opioid deaths in Australia presented in a report by the University of NSW's National Drug and Alcohol Research Centre (NDARC).

The report found that in 2008 alone, there were 551 accidental overdoses due to opioids, of which 70 per cent were thought to be due to pharmaceutical opioids. Research has also shown a 152 per cent increase in oxycodone prescriptions from 2002-2008.

Not surprisingly questions are being asked.

The increase in oxycodone prescriptions has largely been driven by the change in medical conditions for which it can be prescribed, including chronic non-cancer pain. A 2001 survey suggested 17 per cent of males and 20 per cent of females suffer from chronic pain. This figure will increase as the Australian population ages. As this group increases in size, multiple clinical issues will come to the fore.

From preliminary research currently being conducted by NDARC with people living with chronic pain and taking pharmaceutical opioids, it seems that many older patients do not understand well (or in some cases, at all) the varied medications they are taking. However to think that a lack of patient and doctor education is the primary problem would be to ignore many of the other issues at play here.

There are multiple overlapping groups in our community taking these medications. Most are likely to have other physical and mental health problems. It is likely that a large number of people living with chronic pain also have mental health problems, particularly depression, which may not be so surprising given their life stories. Some have suffered serious accidents, others are experiencing the progression of slow-onset, irreversible disorders, but most are facing the fact that pain will be a part of their lives for the foreseeable future, if not for the rest of their lives.

Although much of the recent focus has been on accidental opioid overdose, it is important to note that one quarter of oxycodone-related deaths in this country were suicides.

There has been repeated mention of people who inject drugs as an important group to consider. This is not surprising given that most people who inject drugs prefer heroin (an illicit opioid), which for the past decade has been of variable quality, high price and in many places, not readily available, for over a decade now. Despite this, our estimates suggest that that people who inject drugs consume a tiny proportion of the oxycodone that is being prescribed in this country. One risk of use by this group, however, is that reports of diversion and injection of opioids will lead to calls for universal reductions in availability of pharmaceutical opioids to the wider community. However, once again complexities arise: four in 10 people who inject drugs also suffer from chronic pain.

These overlapping risks should not lead us to cast aside opioids altogether. For some people, opioids are essential in assisting them to live more active and happy lives. What we know less about is whether and when to prescribe opioids to people whose pain will continue indefinitely.

To date, we have limited studies examining the outcomes for long-term opioid use for chronic pain patients. This is concerning given that many chronic pain patients are being maintained on these drugs for extended periods of time. NDARC is currently following up on a sample of people who have experienced chronic pain over two years, to see who has fared well, whose pain improved, and who might be at risk of problems with their opioid use.

As was mentioned in 7.30's report on the subject, pharmaceutical opioids act in the same way as heroin, and some are much more potent. If patients' use of these drugs is permitted to escalate without careful review, they run the very real chance of becoming dependent. Indeed, there are increasing numbers of people presenting to GPs and drug treatment clinics seeking help with their pharmaceutical opioid use.

There are references being made to the Australian Government's announcement of a "real time reporting" system, whereby treating physicians, including GPs, can see at the time of writing a prescription which opioids the patient has previously been prescribed, in what doses and quantities, and with which frequency. Such a system seems somewhat far off given the need for State and Territory approval and the need for financial resourcing, but international evidence suggests this will reduce doctor shopping.

In the interim, we have the benefit of knowledge about the course of heroin dependence. Many people who develop problems with their heroin use will ask for help. Some wish to stop. But detoxification is rarely a long term solution for those groups without ongoing psychosocial therapy, and unfortunately many return to use despite such therapy. When they do, they face the risks of accidental overdose because they misjudge their tolerance. People with a history of problematic pharmaceutical opioid use will face the same overdose risks if they return to use following abstinence.

Internationally, it is recognised that opioid substitution therapy - the provision of controlled doses of opioids with clinical supervision - is an effective way to assist heroin users to regain control of their life and their substance use. Although it is early days, it seems likely that for people with problematic pharmaceutical opioid use, there will be a need to draw from the lessons learned from decades of research with illicit heroin users in this domain. Treatment systems may need to be adapted if they are to meet the needs of this growing population.

The pharmaceutical opioid problem is causing concern, but it does not arise from one simple cause. We need to avoid the temptation of thinking that one intervention will solve this issue.

Doctors and patients need information and assistance when making informed choices about if and when to use them. People who have developed problematic use need long-term assistance. And we must not forget the other interventions and health issues that may assist, and complicate, clinical progress for this group, especially non-medication therapies for chronic pain, and interventions for the mental health problems which occur so frequently.

Professor Louisa Degenhardt is a principal research fellow at the National Drug and Alcohol Research Centre at UNSW.

Highest rates of cannabis use