Preventing suicide: a critical next step

Doctors may in the future be able to take a blood test to determine if a patient is suicidal, with the hope of decreasing the number of people taking their own lives. 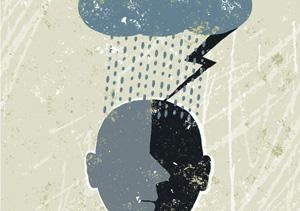 Doctors may in the future be able to take a blood test to determine if a patient is suicidal, hopefully decreasing the number of people taking their own lives.

In Australia, suicide is the number one cause of death for people between the ages of 15 and 44 (Australian Bureau of Statistics).

Research published in Neuropsychopharmacology has found that a chemical in the brain called quinolinic acid is linked to suicidal behaviour. Quinolinic acid is produced as a by-product of inflammation.

The research shows that people who are suicidal have twice as much quinolinic acid in their bodies as healthy individuals. Those who have the strongest desire to kill themselves have the highest levels of the acid.

The increased acid indicates greater signalling of the neurotransmitter glutamate between nerve cells. The acid acts like a chemical switch to make the glutamate send more signals to nearby cells. Until now the focus for depression has remained on another neurotransmitter, serotonin.

The researchers took the samples of the quinolinic acid from the spinal fluid of 100 patients in Sweden. Two-thirds of the participants had been admitted to hospital after a suicide attempt and the rest were healthy.

UNSW researchers, who are world-leaders in research on quinolinic acid, were brought in to analyse the samples.

“We have previously demonstrated that the neurotoxin quinolinic acid is involved in the neuroinflammatory response in several brain diseases including Alzheimer’s disease, autism and schizophrenia,” says Conjoint Associate Professor Gilles Guillemin from UNSW Medicine.

The team is now working on a possible blood test to determine if people are at elevated risk of suicide.

“We now know the mechanism and the molecule involved, so we have to find a simple way of testing it,” says Associate Professor Guillemin.

Ultimately, it is hoped that medical practitioners will be able to stop the production of quinolinic acid by using specific enzyme inhibitors blocking its production. Recently published clinical studies have shown the anaesthetic ketamine, which inhibits glutamate signalling, may be effective in combating depression, although its side effects currently limit its use.

Associate Professor Gilles Guillemin and UNSW’s Dr Chai K Lim worked with lead author Dr Lena Brundin at the Lund University in Sweden and first author Dr Sophie Erhardt at the Karolinska Institute in Sweden. The work was funded in part by the National Health and Medical Research Council.