New reports released today show that increases in government funding for prevention strategies are achieving significant reductions in the risk of HIV transmission. 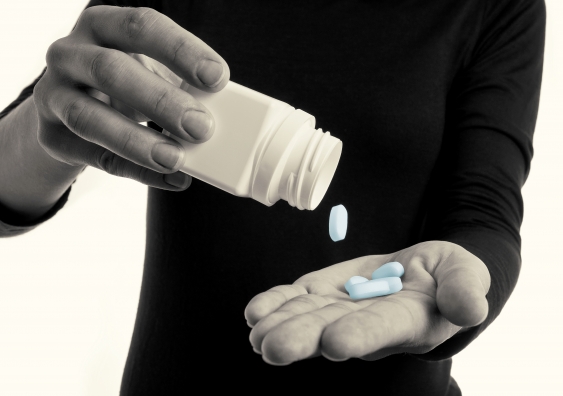 Gay and bisexual men are getting tested and using medications to prevent HIV transmission more than ever, with UNSW researchers recording an encouraging major shift towards new forms of prevention thanks to government-funded access programs.

Researchers at UNSW’s Centre for Social Research in Health (CSRH) say 92% of HIV-positive gay and bisexual men are taking antiretroviral treatment (ART) and achieving an undetectable viral load. The result is more than 90% of these men can no longer transmit HIV. This is a record high for the third year running.

The Annual Report of Trends in Behaviour 2018 will be released today by the CSRH at UNSW Sydney, alongside The Kirby Institute’s Annual Surveillance Report in HIV, viral hepatitis and sexually transmissible infections in Australia at the Australasian HIV/AIDS Conference in Sydney.

The report finds the proportion of gay men with casual partners who reported using the HIV prevention tool pre-exposure prophylaxis (PrEP) before sex increased from 1% in 2013 to 5% in 2016 and then to 16% in 2017.

Project leader of the Gay Community Periodic Surveys at CSRH, Professor Martin Holt, said this increase was mostly seen during 2016-2017, suggesting PrEP uptake was boosted by access to state-funded PrEP programs in NSW, Victoria and Queensland in 2016.

“Now that PrEP is available through the Pharmaceutical Benefits Scheme, the challenge is to achieve greater prevention coverage of all people at risk of HIV, including those who are Medicare-ineligible, in order to achieve targets for the elimination of HIV transmission.”

Key findings from the Gay Community Periodic Surveys show that gay and bisexual men are taking a number of critical steps to negotiate relationships, sex and HIV risk in a changed prevention landscape. These measures include:

Improved testing helps identify people with STIs who may otherwise go untested and untreated. This can lead to an increase in people who are diagnosed and treated, with the aim of achieving earlier interruption of the spread of these infections.

Lead author of the CSRH report, Associate Professor Limin Mao, says the report shows there is a continued improvement in the health of people living with HIV, which contributes significantly to eliminating HIV transmission.

“Increased reliance on effective biomedical prevention strategies by both HIV-positive and HIV-negative men have brought successes in driving HIV notifications down,” she says.

“This also brings challenges to our health system to take a more holistic approach to a range of priority populations across different settings.”

According to Associate Professor Christy Newman, also from CSRH, these changes provide an opportunity to expand and prioritise future efforts towards the needs of minority groups.

“Many populations have been less well engaged by existing approaches to HIV prevention, including straight-identified men who have sex with men, people from migrant or refugee backgrounds, women, and adolescents and young people,” Associate Professor Newman says.

“We now have an opportunity to think more creatively about overcoming the stigma and taking alternative approaches to better serve beyond urban communities of gay and bisexual men.”

Read more in the full Annual Report of Trends in Behaviour 2018.