Opinion Programs to prevent child sexual abuse increase knowledge and skills but do they reduce risks? 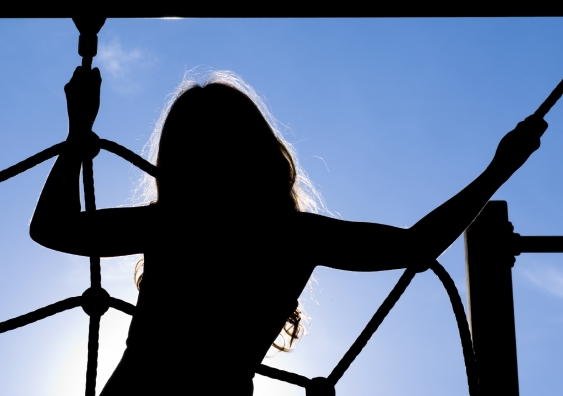 OPINION: Child sexual abuse can have a profound impact on children’s wellbeing and development. Such abuse is associated with numerous adverse outcomes well into adulthood, making its prevention an important social and public health priority.

We recently completed a Cochrane Systematic Review on how effective school programs are for preventing child sexual abuse. We found that the programs were moderately effective in arming children with knowledge and skills, and that these may help them avoid some potentially dangerous circumstances.

They were also more likely to know where to turn if in trouble. However, it is unknown whether these gains in knowledge and skills actually decrease the likelihood of child sexual abuse.

The programs deliver information about child sexual abuse and strategies purported to help them avoid it such as body safety rules (things like “my body belongs to me”), distinguishing safe and unsafe touches, how to tell a trusted adult if something inappropriate has occurred, and children are not to blame.

Running the program in schools means large numbers of children can be reached, at relatively low cost, and without stigmatising those who may be at greater risk.

Critics have claimed these programs introduce complex concepts that children may not understand, cause children to be wary of adults and misplace the burden of responsibility for protection onto children.

These concerns should be taken seriously. The results from this review do not imply that children are responsible for protecting themselves from sexual abuse, nor that they can even do so even with such knowledge and skills. Adults who sexually abuse kids are clearly and solely responsible for taking advantage of vulnerable children.

Do the programs make a difference?

To ensure that our review was as non-biased as possible, we followed the strict guidelines for all Cochrane reviews. Key among these guidelines, rather than selecting the research papers we found interesting or that had positive outcomes, we searched for every paper we could find on this topic. We also statistically combined results using rigorous meta-analytic methods.

We found over 13,000 papers, of which 24 met our criteria for inclusion. The trials involved nearly 6,000 children, aged five to 13 years, who took part in school-based prevention programs in the US, Canada, China, Germany, Spain, Taiwan and Turkey. The children included in these studies were drawn from the demographically diverse general population of children attending schools in these locations.

Fifteen programs were evaluated in the trials. Program content was taught via films, plays, songs, puppets, books and games using a range of teaching methods such as modelling, role-play, rehearsal, repetition, feedback and discussion. The duration of programs varied from one 45-minute lesson to eight 20-minute lessons.

We found the programs evaluated were effective in increasing children’s knowledge about child sexual abuse. Some of the studies also described skill tests in which children who took part in the programs made choices in simulated scenarios that would have placed them in less danger. Again, it is important to note that knowledge about how to avoid danger in contrived situations may not translate into actual behaviours in real situations, nor does it mean that children are any less likely to be abused even with these skills and knowledge.

In the 15 programs that were included in the review, children were taught such things as how to say something to a trusted adult and how to recognise situations in which coercive tricks and bribes were being used. Knowledge gains in some studies persisted for at least six months (the longest follow-up period in any of the studies).

We did not find evidence that the programs evaluated caused harm by increasing children’s anxiety or fear, nor did study authors report any other adverse effects. However, only three of the 24 studies tested for such outcomes.

We found that children exposed to programs had a higher likelihood of disclosing their abuse during or after the program (14 per 1000 in intervention groups compared with four in 1000 in groups who hadn’t been in one of the programs). However, we couldn’t be certain of this result as not all programs collected this data. Of those that did, many did not use correct analytic techniques and disclosures were not always recorded consistently.

There are some limitations to these findings and how they apply to school-based prevention programs currently in use. We were unable to determine the long term benefits of programs in terms of reducing the actual incidence or prevalence of child sexual abuse, and the likelihood that program participants would disclose future child sexual abuse.

In addition, it’s important to note that many different school-based programs are being delivered in Australia and elsewhere, some of which were not included in this review. These other programs may use substantially different content than the programs we evaluated and our findings apply only to the types of programs included in our review.

We still need to know a great deal more about these programs, such as their acceptability to parents and teachers, their effectiveness with particular groups of children at greater risk, which specific program components offer the strongest effects, the long-term outcomes (including a better look at disclosure of past, current and future abuse, and possible adverse events) and their costs.

The lack of sufficient evidence to answer these key questions is sobering given that our review also showed that the number of gold-standard program evaluations worldwide has declined substantially each decade since the 1980s.

Karen Zwi is a Consultant Community Paediatrician & Head of the Department of Community Child Health, Sydney Children's Hospital, and Conjoint Associate Professor with the School of Women's & Children's Health at UNSW.

Susan Woolfenden is a Consultant Paediatrician at UNSW.

Aron Shlonsky is Professor of Evidence-Informed Practice, Faculty of Medicine, Dentistry and Health Sciences at University of Melbourne.

Kerryann Walsh is Associate professor at Queensland University of Technology.