Australian illicit drug users are turning to the internet for drug education, but not to buy drugs, a national survey has found. 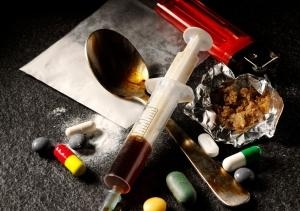 Australian illicit drug users are turning to the internet for drug education, but not to buy drugs.

A national survey of ecstasy and related-drug users found 60 per cent of participants had gone online in the past six months to get information about drugs. In contrast, only nine per cent had gone online to buy drugs.

When they were not seeking knowledge on the web, participants were sharing it: 10 per cent reported posting information about drugs online.

The findings are drawn from the just released 2011 Ecstasy and Related Drugs Reporting System (EDRS) National Report. The EDRS is an annual survey coordinated by the National Drug and Alcohol Research Centre (NDARC).

Among other results was the finding that participants most commonly sought online information on ecstasy (52 per cent), followed by LSD (five per cent) and cannabis (five per cent).

However when they did get access, 15 per cent of those who commented stopped using a drug due to information found online. Fourteen per cent said they altered their drug dose and eight per cent reported using a new drug combination or route of administration.

Professor Michael Farrell, Director of NDARC, commented: “To date we have no evidence that online sourcing of drugs is a major problem in Australia but we do need to monitor the situation carefully with early warning systems for new drugs and new sources of drugs.”

Dr Fairlie McIlwraith of the University of Queensland devised the internet-related questions included in the EDRS and IDRS for the first time in 2011.

“Substance users do take some heed of the information they find online and our surveys indicate they are using this information to reduce harms associated with illicit drug use,” said Dr McIlwraith.

Across both surveys, illicit drug users who commented nominated (in no particular order) Pill Reports, Wikipedia and Erowid as their favourite drug web sites.

Dr McIlwraith said reasons participants gave for preferring these websites included their ease of use, credibility, comprehensiveness, and up-to-date information.

“Also, on some of the websites, there are people’s personal experiences. Survey participants said they could relate to what people were asking and felt comfortable sharing their knowledge or lack of knowledge. They really appreciated that,” Dr McIlwraith said.

Other key findings from the 2011 EDRS and IDRS: (preliminary findings similar to these were released in October 2011)

- Ice was the drug of choice for nine per cent of people who inject drugs (up from four per cent in 2010).

- 10 per cent of people who inject drugs reported ice was the drug they injected most often in the previous month, up from five per cent in 2010.

- Ecstasy lost popularity, with 27 per cent of regular ecstasy users nominating it as their drug of choice (down from 37 per cent in 2010).

- Cannabis and cocaine were the drugs of choice for 20 per cent and 14 per cent of regular ecstasy users respectively.

- Use of chemical drugs such as 2CB, DMT and Mescaline also increased among regular ecstasy users, with one exception: mephedrone (from 16 per cent in 2010 to 13 per cent in 2011).

About the IDRS and EDRS

The Illicit Drug Reporting System (IDRS) monitors the price, purity and availability and patterns of use of illicit drugs such as heroin, methamphetamines, cocaine and other opioids among people who inject drugs. The IDRS comprises three components: interviews with a sentinel group of people who regularly inject drugs; interviews with key experts; and analysis of indicator data sources related to illicit drugs.

Based on the methodology of the IDRS, the Ecstasy and Related Drugs Reporting System (EDRS) monitors the price, purity, availability and patterns of use of illicit drugs such as ecstasy, methamphetamines, cocaine, ketamine, GHB and LSD among people who regularly use ecstasy.

These surveys of drug users are designed to provide early warnings of trends. The results of the IDRS and EDRS are NOT representative of drug use among the general population.

The IDRS and EDRS projects are conducted by the National Drug and Alcohol Research Centre (NDARC) in collaboration with other research centres around Australia.