A flying squad of Australian public health specialists has been officially launched, bringing together for the first time experts who can rush to disaster zones to stop the spread of infectious diseases. 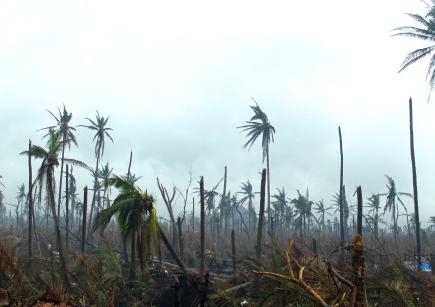 A flying squad of Australian public health specialists has been officially launched, bringing together for the first time leading public health experts who can rush to emergencies to stop the spread of infectious diseases.

The rapid-response network is a collaboration between UNSW, the ANU and the Burnet Institute. It has already sent a team to respond to Typhoon Haiyan in the Philippines last year.

Known as the ARM network (Australian Response Masters of Applied Epidemiology), the group of doctors, nurses, vets, scientists and public health officials is on standby for emergencies in Australia and for requests from the World Health Organization and other international bodies to respond to infectious diseases emergencies.

The ARM is funded by in-kind support from all three institutions and was established after a workshop hosted by UNSW’s School of Public Health and Community Medicine (SPHCM).

“The network fills a critical gap in Australia’s surge response capacity for infectious diseases outbreaks that cross state and international borders. We have many skilled professionals who are willing to deploy in emergencies, but previously had no avenue to do so,” says UNSW Professor Raina MacIntyre, who is head of SPHCM and Co-Director of ARM.

The launch came as Professor MacIntyre received a national award for her work in infectious diseases.

Professor MacIntyre was given the National Immunisation Achievement Award for her research and advocacy surrounding immunisation policy and population health in Australia and internationally. It was awarded by the Public Health Association of Australia (PHAA).

Professor MacIntyre called for more vigilance to ensure the elderly don’t miss out on vaccines for preventable diseases.

She says only 50 to 60% of older Australians get the vaccines they could, whereas more than 90% of children are fully immunised.

“Given our ageing society, older age of retirement and reliance on older people remaining in the workforce, immunisation is low-hanging fruit for healthy ageing. However there is under-use of vaccines in this age group,” she says.

Research has shown inequality in immunisation practices, with older people less likely to be vaccinated, especially if they are over 80 years of age, or living with dementia.

Professor MacIntyre was part of a workshop focusing on vaccines for the elderly, which was co-hosted by the PHAA and the NHMRC Centre of Research Excellence in Population Health Research, of which she is director. 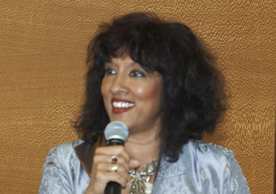