Q&A with Mary-Louise McLaws: how the world is coping with COVID-19

UNSW Sydney's Professor Mary-Louise McLaws, who is an adviser to the World Health Organisation, says the world will never be the same again following the COVID-19 pandemic. 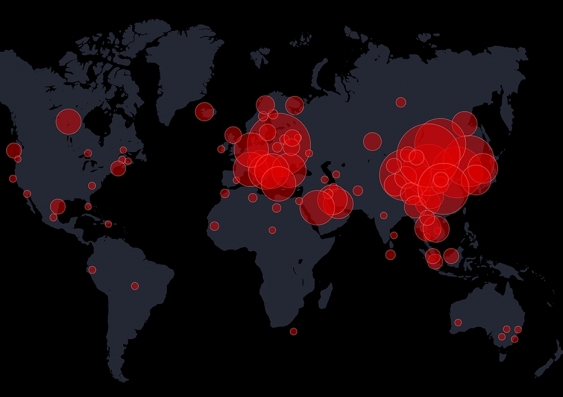 COVID-19 will change everything we know about how we go about managing public health, says epidemiologist Professor Mary-Louise McLaws. Picture: Shutterstock

How do we know what we know about each country?

Mary-Louise McLaws: There are reliable online sources that are recording the number of new daily cases, total cases, deaths and recovered case. These reports rely on the reporting of various health organisations around the world. Because of all the time-zones they might be sometimes out of kilter with one another – I’ve noticed there might be a sudden dump of information around 3pm here which corresponds with around midnight to the US where these statistics are being collated by the Johns Hopkins mapping.

The numbers are telling us that the biggest COVID-19 outbreaks are occurring in western Europe, the US and parts of Asia, like China and South Korea, where it is now largely under control. The rapidity of the upwards trajectory of the US, and UK inform us that they have waited too long to insist on droplet related infection control. They have an enormous outbreak management challenge now. An infected person can, on average spread, this virus to 2-4 others and in high density cities, even low numbers of infected persons can create a super-spreading event such as we see in New York City. That city has around 19 million people with 80,000 cases and nearly 4300 deaths. Mask wearing in public in a city this densely populated with 1 case per around 240 people is a reasonable strategy where social distancing cannot be achieved even for only essential outings such as shopping.

How reliable is the information?

MLM: I would say that the statistics provided by each of the major countries are as close a reflection to the reality within those countries as is possible. We already know that China, once it realised how massive a problem this virus posed, threw everything at it, using measures that the public living in democratic countries, where the authorities have much less control, would probably baulk at – we’d call those draconian measures. So where China’s numbers indicate a big decline in new cases, I think that makes sense if you think of the measures they took, including total lockdown of a whole city, forceful removal of people suspected of having the virus and a massive testing program.

This has told us that these enforced social isolation measures in China have had a positive effect. It’s no real surprise that the numbers in the US, and in Europe like Italy, Spain, France and Britain, have ballooned after not acting fast enough with strict social distancing and now they’re playing catchup. 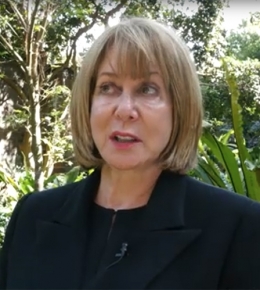 But aren’t the numbers only reflecting only those who were tested?

MLM: Yes, that’s true. Because this is such an insidious illness, where people can be completely asymptomatic and still be carrying and spreading the virus, the current testing approach will mask a possible larger number of mild cases. But that is exactly why most national governments have embraced social distancing and isolation measures – because we’ve already seen what happens in places like the US, Spain and Italy when if you don’t test widely outside the original risk group, it is difficult to focus the containment strategies.

Our original risk group was the international traveller and with mandatory supervised quarantine of all travellers, we have been able to stop the wider spread into our local community. Of course, we have had clusters where the public have gathered for weddings, meetings and other super spreading event opportunities.

So which countries have responded well to this crisis that we can learn from?

MLM: Outside of Wuhan, China is slowly returning to normal after the lockdowns quelled the rising number of cases. Whether there is a rebound remains to be seen, but I’m optimistic that social distancing has been an effective method for combating this virus. South Korea also looked to be in a very bad way at one stage but because of their vigorous testing program – testing not just those with symptoms, but those without – they have really flattened their curve of new cases since early March.

And of course, in Australia we’ve been very lucky and escaped the worst of it which suggests our public’s compliance with social distancing is working. It’s difficult to  compare us with other countries, we do have a high testing rate because the focus has been, rightly, on contacts of cases. Now we have the border secure we can test the wider community as South Korea and Singapore have. We have a low death rate and this cannot be easily compared with death rates in other countries, China has a smaller proportion of children under 19 years of age and therefore the potential family clusters of cases have focused on the adults, two parents and possibly four older grandparents, while Northern Italy has the oldest population in Europe. New York City has a larger proportion of vulnerable population with poorer health than we have.

Having said that, we’re not out of the woods yet. The key to flattening the curve is social distancing and wider testing. Countries with the highest testing rate per population of the wide community include Iceland, Luxembourg, Norway, Hong Kong and interestingly some eastern European countries like Estonia and Slovenia.

What about countries in Africa – they seem to be showing very low levels of COVID19 cases.

MLM: Africa is very difficult to know as it has 54 countries within the continent and all with developing economies and health systems. The low case numbers may reflect their restricted surveillance resources to recorded cases accurately and rapidly. But a good clue is what is going on in South Africa – which is a significant industrial and economy in Africa while having an over-burdened health system.

They had a very steep rise in cases from about March 22 but we’re seeing early signs of a flattening of the curve, with two and half times more population but a third of the reported case numbers than Australia. So I’m hopeful that this indicates that the virus really hasn’t really got a grip in this continent like it has in Europe, the US and Asia. Perhaps because they had lower imported cases from air traffic with fewer people moving across their borders at a given time.

What do you see looking ahead, will the world ever be the same again?

MLM: We’ve certainly entered new territory, but it’s not all doom and gloom. I can’t say how long we’re going to have to stick to the social distancing measures – nobody can – but the early signs of a decline in new case numbers in Australia at least is heartening, and gives me hope that we’re moving in the right direction. But what I can say is, once this has all passed, it will change everything we know about how we go about managing public health.

We’ve had a few training sessions in the recent past watching our neighbours battle SARS and MERS, and we have had an H1N1 and H3N2 flu outbreak during World Youth Day, and later planning for pandemic influenza, but now we know what it really means to battle a pandemic. I’m certain this will bring together the best minds in medicine, in science and in government and to make sure that if anything like this ever happens again, we will be better prepared and can get on the front foot very earlier.

Locking down borders with supervised quarantining of incoming travellers as an immediate package of containment strategies will not be a new phenomenon and the benefits of initiating these – with social distancing when needed – very early in the outbreak to preserve the internal economy will be easier to understand. And hopefully, that also means streamline wider testing, having much larger stocks of medical supplies and equipment in reserve, and developing new strategies to make vaccines in a shorter amount of time. If there’s a silver lining in this very dark cloud, that could be it.