Evidence is mounting that simple lifestyle changes such as regular exercise and a healthy diet can delay the onset of Alzheimer’s Disease, experts from UNSW's Centre for Health Brain Ageing say. 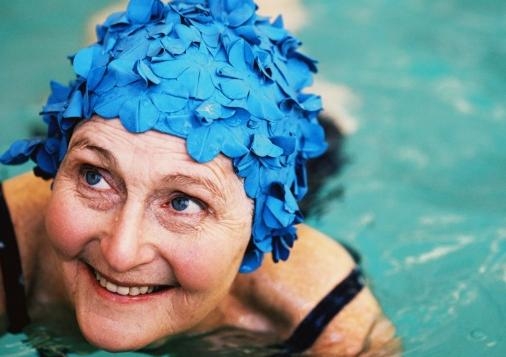 Evidence is mounting that simple lifestyle changes such as regular exercise and a healthy diet can delay the onset of Alzheimer’s Disease, which is the most common form of dementia, say UNSW Scientia Professors Henry Brodaty and Perminder Sachdev, the Co- Directors of the Centre for Healthy Brain Ageing (CHeBA).

The UNSW dementia experts have pointed to the World Alzheimer Report 2014, released today, which calls for dementia to be a public health priority alongside other major non- communicable diseases.

The report, ‘Dementia and Risk Reduction: An analysis of protective and modifiable factors', shows that control of diabetes and high blood pressure, along with measures to encourage people to quit smoking and reduce their cardiovascular risk, have the potential to reduce the risk of dementia, even in late-life.

Global researchers commissioned to compile the report by Alzheimer’s Disease International found that diabetes can increase the risk of dementia by 50 per cent. Obesity and lack of physical activity are important risk factors for diabetes and hypertension, and should therefore also be targeted, the researchers say.

Evidence in the report suggests that if we enter old age with better developed, healthier brains we are likely to live longer, happier and more independent lives, with a much reduced chance of developing dementia. Brain health promotion is important across the life span, but particularly in mid-life, as changes in the brain can begin decades before symptoms appear.

Professor Brodaty says evidence is accumulating that it’s possible to delay the onset of Alzheimer’s Disease yet most Australians are unaware there are steps they can take now to achieve this.

“These steps are simple lifestyle choices such as regular exercise, healthy diet, stimulating our brains and attending to our health such as stabilising blood pressure, limiting sugar intake and better managing our cholesterol. It’s never too late – or too early – to start such a program to improve not only our brain health but our overall health.”

CHeBA is seeking funding to establish a register of 100,000 people aged 55 to 75 who are interested in maintaining their brain health. The next step will be a five-year internet-based national dementia prevention trial. This will involve a lifestyle intervention to benefit brain health as well as checks for raised blood pressure and/or cholesterol, diabetes and depression.

The full report can be found here.

How the brain changes in Alzheimer's Disease: a new view