For many people in Australia, the annual observance of World AIDS Day may be the only regular reminder of the HIV epidemic, writes Professor John Kaldor from UNSW's Kirby Institute. 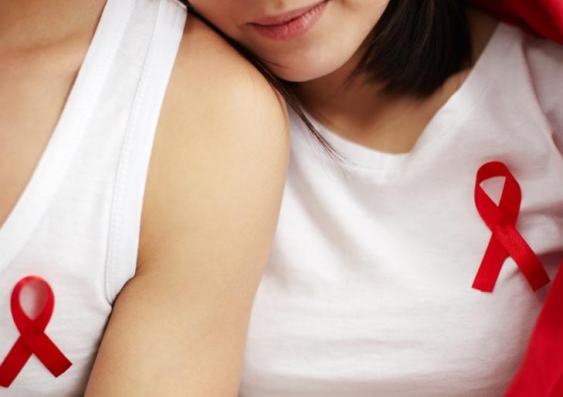 OPINION: For many people in Australia, the annual observance of World AIDS Day on December 1 may be the only regular reminder of the HIV epidemic that was such a leading public concern in the 1980s and early 1990s. Today, the epidemic is commonly perceived to be largely under control in rich countries like Australia and to be just one of a long list of intractable health problems that poorer countries face.

In reality, however, HIV rates have increased by some 50% in Australia over the past decade. At the same time, a number of developing countries, supported by international aid, have achieved real success in bringing down their HIV infection rates. Although Australia has less than 1/1000 of the world’s people living with HIV, can we do more to combat what is still one of the world’s greatest infectious disease killers?

Science has not yet produced an HIV vaccine or a cure, but there have been some astonishing advances in the past few years. The highly effective drug treatments that emerged in the mid 1990s not only keep most people well, but have been steadily improved to reduce toxic side effects and the daily number of pills required. As a bonus, we now have definitive proof that treatment dramatically reduces a person’s infectiousness, minimising their likelihood of transmitting the infection to sexual partners.

But, despite these advances, HIV still requires lifelong medical treatment, and can still lead to serious ill health and death, although at far lower rates than before the pharmaceutical revolution. In developing countries where most of the world’s 35million people with HIV live, drug prices have been slashed by 99% of initial costs. However, treatment programs can only be sustained through massive, ongoing support from international donors. So yes, there is still much to be done.

Let’s start at home. Our HIV/AIDS Strategies, initiated over two decades ago and endorsed ever since by governments from across the political spectrum, have been acclaimed internationally for their consensus approach and their partnership with vulnerable populations most affected by HIV, particularly gay men, people who inject drugs and people who engage in sex work.

However with our steadily rising HIV rates there is broad recognition that the reality has not matched the rhetoric of these strategies.

We have been slow to embrace several new technologies that may prove beneficial in HIV prevention.  For example, a decade after the rest of the world, Australia has only just begun to adopt point-of-care testing, in which results can be provided on the spot. People who know their HIV status are able to act immediately to access early treatment and to prevent transmission.

Another recent development is the use of anti-HIV drugs as prophylaxis, to reduce the likelihood of acquiring infection among those at particularly high risk. In Australia’s next national HIV/AIDS Strategy, due to begin in 2014, we have the opportunity to reclaim a global leadership position in HIV control by ensuring that such new approaches are central to our responses.

In the international sphere, we can improve our effectiveness in a number of ways. First, our contribution to the Global Fund to Fight AIDS, Tuberculosis and Malaria must be sustained, and ideally increased by some 50% to match the commitment made by nations of comparable wealth.  Properly supporting the Global Fund ensures it can finance optimal HIV treatment and prevention measures in the most affected countries and offers Australia influence well beyond our immediate diplomatic sphere of interest. The Global Fund has already enabled some very poor countries, such as Cambodia, Malawi and Zimbabwe, to achieve very high levels of treatment coverage, and literally turn HIV epidemics around.

A key element in such successes has been a strong involvement of academic research groups from rich nations, generally funded by European and North American governments or foundations. This has meant research can take place where it is most needed, in the countries most affected. It has also fostered the independent evaluation of national health programs and has provided local training and employment opportunities that can prevent the drain of precious human capital from the developing world.

Australia, for its part, has been generous in its support for HIV programs in the developing countries of our region, particularly in Indonesia and Papua New Guinea.

However, it’s not clear that Australia is using its considerable expertise to its full potential. Australia’s academic sector, as well as other non-governmental organisations, are recognised as global leaders in HIV and many other areas of health, and are fully engaged with government policy at a national level. But, few play direct roles in the delivery of international assistance.

This is because our model for supporting HIV programs overseas depends, like other areas of foreign aid, on contracts let to private, profit-making companies that may not have access to the highest level of Australian expertise and experience.

This privatised approach overlooks the transformative role our public universities and research institutes could play. Equally, academics and researchers working on the ground in our partner countries are not seen as a primary target of aid, and so have also been able to play only a limited role in national HIV policy development and program delivery.

The new Australian government has embarked on a major overhaul of foreign aid, starting with the integration of AusAID into the Department of Foreign Affairs. This presents a perfect opportunity to rethink the current models of how we deliver aid in specific domains of health.

Next year Australia will host the World AIDS Conference in Melbourne, with over 20,000 participants, focusing global attention on our leadership in reducing the impact of HIV in our region. By more effectively projecting and own strengths in health crises such as HIV, we will be better able to help deliver optimal outcomes for our neighbours most in need. As such, Australia could have much more to celebrate on World Aids Day 2014.

This opinion piece was written by UNSW Professor John Kaldor from the Kirby Institute.