Rate of drug-induced deaths on the rise, new report finds

There were almost 1800 drug-induced deaths among Australians in 2017, according to a new report by the National Drug and Alcohol Research Centre (NDARC) at UNSW Sydney. 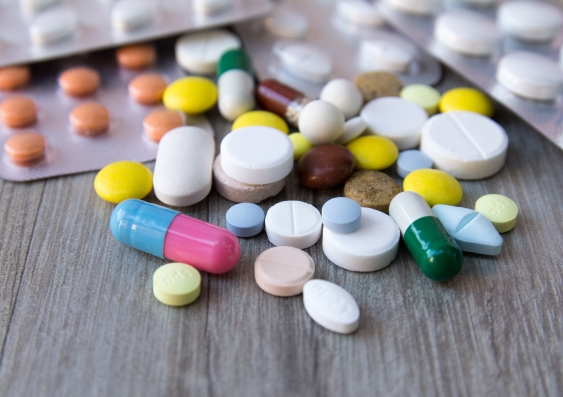 There were almost 1800 drug-induced deaths among Australians in 2017, according to preliminary estimates released in a new report by the National Drug and Alcohol Research Centre (NDARC) at UNSW Sydney.

There were 1,795 drug-induced deaths among Australians in 2017, according to preliminary estimates released in a new report by the National Drug and Alcohol Research Centre (NDARC) at UNSW Sydney.

Analyses showed that most of these deaths were accidental. Opioids were the main drug cited in drug-induced deaths occurring in Australians in 2017 (1,171 deaths), with most of these deaths attributed to pharmaceutical opioids. The rate of deaths involving opioids has increased over the past decade. There have also been increasing rates of drug-induced deaths involving other medicines.

Dr Amy Peacock, Program Lead for Drug Trends at NDARC, said that many of the deaths caused by opioids also involved other sedative medicines, such as benzodiazepines, antipsychotics and pregabalin. In 2017, pregabalin was the sixth most prescribed subsidised medicine in Australia.

“Increased prescribing of these medicines, as well as improved routine testing for substances such as pregabalin in drug-induced deaths, must be considered when studying trends involving these substances,” Dr Peacock said. “Drug-induced deaths are preventable. We know about the risks of mixing opioids with other drugs, including other sedative medicines such as pregabalin, benzodiazepines, and antipsychotics. We also have good evidence to support a range of strategies that can reduce risk of loss of life from drugs. Key amongst these is ensuring affordable, accessible treatment for all Australians who are experiencing problems as a consequence of drug use.

“We also need to ensure that people who are at risk of overdose – and their friends and families – have access to naloxone, a drug available over-the-counter in pharmacies that can be used to reverse opioid overdose.”

Melanie Walker, CEO of the Australian Injecting and Illicit Drug Users League (AIVL), echoed this call, stating that “It is very concerning to see a continuing trend of drug-related deaths involving opioids and other sedatives in Australia. We need to be proactive in implementing practical strategies to save lives and help people to protect themselves. This includes focusing on strategies that we know work, including expanding access to treatment and to naloxone.”

• Consistent with previous years, most drug-induced deaths (72%) in 2017 among Australians aged 15-64 years were considered accidental; one in five (20%) were intentional (68% and 25% for Australians all ages, respectively).

This work was supported by funding from the Australian Government under the Drug and Alcohol Program.