Two academics have recently suggested that everyone with a mental illness could be violent. By doing so, they risk returning us to a time where the mentally ill were isolated and stigmatised, writes Olav Nielssen. 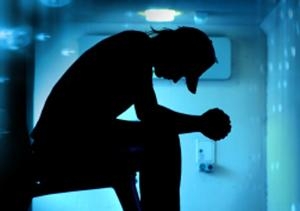 OPINION: Just when we thought we were heading for a more tolerant and accepting attitude toward people afflicted by mental illness, a feature and a news article in Saturday’s The Australian quoting leaders in the area of forensic psychiatry have revived the old mental-illness-equals-axe-murderer stigma.

One of the articles was based on a recent paper published in the journal Acta Psychiatrica Scandinavica showing a higher rate of conviction for all violent offences by people with psychiatric disorders in Victoria.

The second article examined the random attack of a stranger by a person with mental illness, which research has shown to be a rare event; most violence by mentally ill people is directed toward family and acquaintances.

Both of The Australian’s articles quoted Professor Paul Mullen and Professor James Ogloff of Monash University, who are co-authors of the Acta Psychiatrica Scandinavica study.

The newspaper articles include errors that are very damaging to the mentally ill. First, by using the umbrella term “mental illness”, they suggest that everyone with mental illness is more likely to be violent.

However, there is no increased risk of violence in most of the more common types of mental illness; the risk is almost entirely confined to a small proportion of those patients diagnosed with schizophrenia-related psychosis.

By suggesting that everyone who has a mental illness could possibly be violent (just as you and I), the articles isolate, highlight and stigmatise everyone with a mental illness, from depression and anxiety to most people with psychosis.

Most cases of more serious violence by these patients have occurred because of frightening persecutory beliefs arising from active symptoms of the illness.

The increased risk of violence in people with conditions such as bipolar disorder, on the other hand, is almost entirely due to the effects of substance abuse. And it goes without saying that violence is one of the many things people with anxiety and depression fear.

Rather than being perpetrators of violence, the mentally ill are far more likely to be its victim. This is mainly because of the disability and social disadvantage associated with being mentally ill, but also because these people are forced to associate with a small number of violent patients while in hospital.

Mental health laws in Australia detain patients in hospital after they have been deemed at risk of harm to others, rather than because they need treatment. Indeed, they do not even recognise the need for treatment.

This exposes patients who will never commit an act of violence to assault by the minority of patients who are, in fact, violent. For example, three patients have been killed in the Thomas Embling Hospital in Melbourne in as many years.

But the main omission in the two Australian articles was their failure to point out that most of the psychotic patients who committed acts of violence were not receiving treatment.

Indeed, the more serious the violence, the more likely the patient has never had the experience of remission from symptoms such as hallucinations of voices or false beliefs, or a medical explanation for their symptoms.

People with schizophrenia who are receiving treatment are rarely violent, a fact that is evident from the very low rate of violent offending by conditionally and unconditionally released forensic patients in New South Wales.

Only 12% of non-lethal serious violence by people diagnosed with psychotic illness that were dealt with in the NSW District Court, for instance, were committed by people receiving treatment at the time of their offences.

Rather than the blanket statement that the mentally ill are more violent than other members of the community, the correct conclusion is that while most people with mental illness will never commit an act of violence, people with untreated psychotic illness (and those involved in substance abuse) are more likely than the average person on the street to be seriously violent.

Dr Olav Nielssen is a Senior Lecturer in the School of Psychiatry at UNSW.

Tackling stigma: how sports can change perceptions of mental illness