Fussy eating and taste changes are common side effects of cancer treatment – now, a healthy eating program designed by UNSW medical researchers is helping parents get their child’s diet back on track. 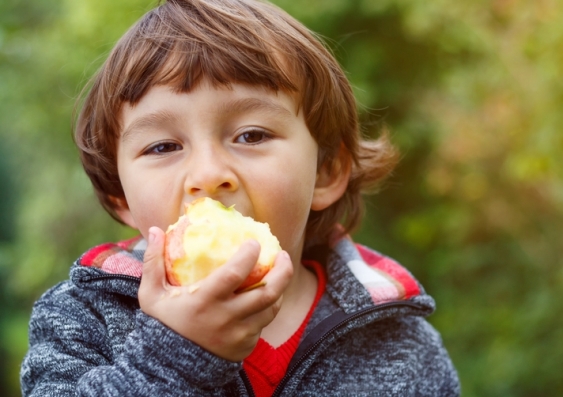 The parent-based intervention program, called Reboot, is for children aged between two and 13 who have completed cancer treatment within the last five years. The results of the live trial were published over the weekend in the journal Pediatric Blood & Cancer.

All parents who completed the program found it increased their confidence in providing a healthier diet to their child post-treatment, while 93 per cent reported they had put the skills they learnt into practice.

“Side effects of cancer treatment – like nausea, vomiting and taste changes – can make it difficult for children to eat during treatment,” says lead author Dr Lauren Winkler from UNSW Medicine and the Kids Cancer Centre at Sydney Children’s Hospital.

“Instead of eating a well-balanced diet, children often only eat plain, processed foods with little nutritional value during treatment.

“These negative impacts on food preferences are difficult to reverse. Without early intervention, these eating habits could persist into adulthood and impact their long-term health.”

The Reboot program aims to improve the child’s eating habits and food preferences by providing guidance directly to their parents. Parents are given four weekly phone consultations with a dietitian or psychologist, followed by a booster session after six weeks. Each call lasts for around 45 minutes.

The dietitian or psychologist gives parents information on the ongoing side effects of treatment and lets the parent know if their child is meeting the recommended dietary guidelines.

They also give tailored advice depending on the child’s eating habits, like avoiding vegetables or fruit.

“All parents who completed the program found it a useful strategy to promote higher vegetable intake in children after their cancer treatment,” says Dr Winkler.

Reboot is the first program of its kind worldwide to focus on strategies that promote vegetable and fruit intake in children after cancer treatment. The pilot program was funded by the Kids Cancer Alliance, The Cancer Institute NSW and Cancer Council NSW. 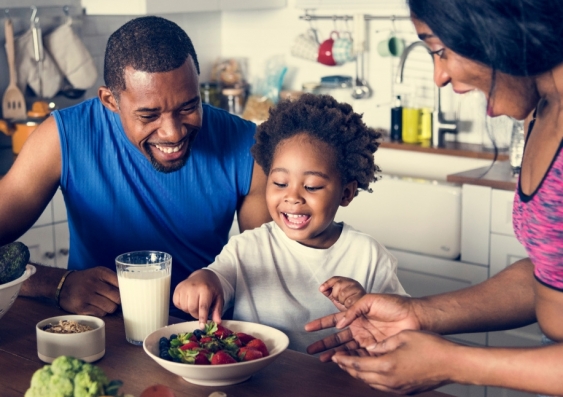 All parents who completed the Reboot program found it useful for promoting higher vegetable intake in their children. Photo: Shutterstock.

Thanks to advances in children’s cancer treatments, over 80 per cent of children will successfully recover from their cancer diagnosis, says Dr Winkler.

However, long term side effects of treatment place young cancer survivors at an increased risk of developing serious diseases like diabetes, obesity and heart disease.

It can be hard for parents to reintroduce healthy foods to their child’s diet on their own – particularly while dealing with the challenges of remission. The challenges they face are detailed in a past study led by Dr Jennifer Cohen, a paediatric dietitian from the Kids Cancer Centre at Sydney Children’s Hospital, conjoint lecturer at UNSW Medicine, and co-author on this paper.

“I didn’t think I’d ever get him to eat vegetables again,” says Sarah*, a parent of a 10-year-old boy involved in Reboot.

Her son, Callum*, wasn’t eating his required serves of vegetables before the Reboot program. Sarah expected arguments whenever vegetables were put on his plate.

His eating behaviours after Reboot really surprised her.

“Callum actually wanted a carrot for breakfast,” she says. “And he wanted carrot and peas for a snack – like he asked for that.

“He wouldn’t have done that before.”

As Reboot is delivered remotely, families like Sarah’s across Australia could potentially benefit from the program.

“Cancer survivors live all over Australia, so we are excited that parents of young survivors found a distance delivered dietary program useful,” says Dr Winkler. 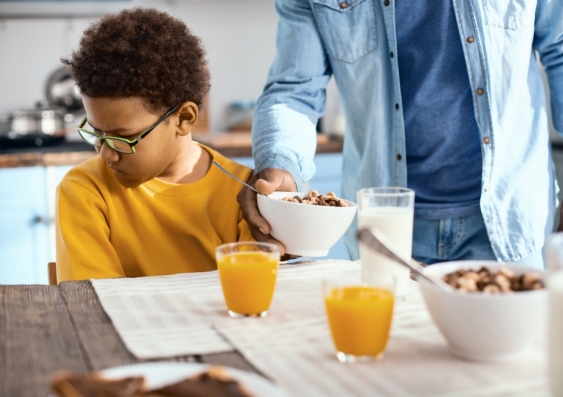 Paving the way for future programs

As a pilot program, Reboot has given the researchers a chance to test whether short-term healthy eating parent interventions work in an Australian context.

While participants highly valued the program, fewer people registered than initially anticipated: the intervention included 22 families. The low sample size restricted the researchers from evaluating whether the program increased survivors’ intake of vegetables and fruit.

The researchers suspect the telephone format may have deterred some families from taking part.

“We know that families are very busy and fitting in scheduled telephone sessions can be particularly tricky,” says Dr Winkler.

The online format lets parents complete the program in their own time, but with the option of telephone support when needed. The Reboot-KIDS trial is funded by The Kids' Cancer Project.

“Reboot-KIDS is one of the most popular programs we have ever developed,” says Professor Claire Wakefield, director of the Behavioural Sciences Unit at UNSW Medicine and Sydney Children’s Hospital.

“I’m not surprised: a program that can make mealtimes easier and kids healthier ticks a lot of boxes for busy families.”

Parents of child cancer survivors who are interested in participating in Reboot-KIDS can visit the Behavioural Sciences Unit website for more information. The researchers are using a wait-list control so that all interested families will be able to participate.

“If the randomised controlled trial is successful, we will use its insights to support the implementation of Reboot in community cancer organisations across Australia,” says Dr Winkler.

“Reboot could potentially be delivered to all parents of young cancer survivors who are struggling every day with fussy eating.”