Opinion Recommended cervical screening regime will save even more lives 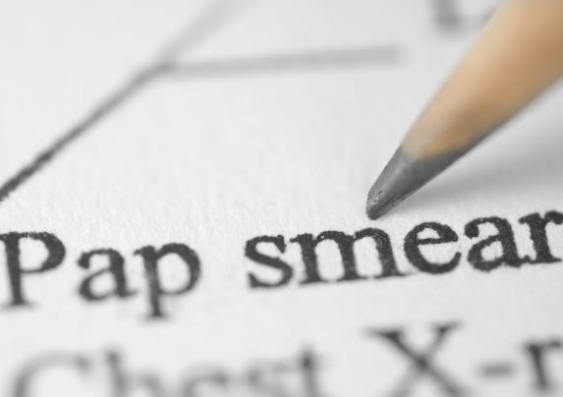 OPINION: Australian women may soon have fewer of those uncomfortable visits to the doctor for cervical cancer screening.

The committee, which is comprised of independent experts, has also recommended screening start at age 25 rather than the current 18 to 20 years. It has recommended that women continue to screen until their early 70s, when they can stop if their exit test is clear. Women with certain symptoms, including pain or bleeding, should have a test whatever their age.

Many women find the experience of cervical cancer screening embarrassing and difficult so they’ll welcome the proposed changes, which would mean the number of tests they undergo drops from 26 to around ten.

Although the screening visit to the doctor will remain a similar experience for women, the testing performed on the cervical sample in the laboratory will be fundamentally different.

The Pap smear involves inspecting a sample of cells under a microscope and relies on precancerous changes being visible. This is why the test has to be done comparatively frequently to be effective.

By contrast, HPV testing detects the presence of viral DNA at the molecular level. HPV is the fundamental, necessary cause of cervical cancer. It’s a very common virus that’s usually transmitted through sexual contact.

Women who test negative for HPV have very low risk over the next five years of developing the high-grade cervical abnormalities that may lead to cervical cancer.

A recent analysis of data on over 175,000 women also found HPV screening provides substantially greater protection than Pap tests against the development of invasive cervical cancer.

This accumulation of evidence about the safety and efficacy of HPV testing underpins last week’s FDA approval of HPV testing as a primary screening test in the United States.

If the new recommendations are implemented, only those found to be HPV-negative will be followed up at five-yearly intervals. Samples from women found to have an HPV infection during a screening test will undergo further testing and, if required, they will have more intensive evaluation and follow-up.

Of course, women with a history of cervical abnormalities will continue to have management tailored to their circumstances.

Although the presence of an HPV infection indicates the need for more intensive surveillance, it’s also important to understand the majority of these infections take many years to develop into cervical cancer, and many regress naturally.

Most other countries start screening at age 25 or even later, and a large body of evidence to support this recommendation has emerged since the National Cervical Screening Program was originally introduced.

This evidence shows cervical screening is much less effective in women under the age of 25 years and that HPV infection and cervical abnormalities in this age group tend to be transient and naturally regress.

The HPV vaccine has also had a profound impact on lowering the risk of cervical cancer in young women, and this is a key safety aspect underpinning the increased age for starting screening.

The vaccine protects against infections with two types of HPV that cause about 70% of cervical cancers. Australia started a National HPV Vaccination Program in 2007 and this early implementation, coupled with comparatively high coverage rates (about 73% in 12 to 13-year-old girls) and the wide vaccination catch-up age range (women up to 26 years old were offered free vaccination until 2009), means this is the first country where the impact of vaccination has been observed.

For the recommendations to be implemented, the government would have to endorse them before starting the roll-out, which wouldn’t happen until 2016 at the earliest.

In the meantime, a major new clinical trial being conducted in Victoria, known as Compass, will provide a sentinel experience of the roll-out of primary HPV screening in Australia. Unless they are participating in Compass, sexually active women aged 18 to 69 years should continue to have regular Pap smears every two years according to the current recommendations, whether vaccinated or not.

Australia’s National Cervical Screening Program has been a major success story, with reductions of 50% in both cervical cancer incidence and mortality since the Pap smear-based program was introduced over 20 years ago.

The new screening approach is expected to reduce cervical cancer rates even further. The evaluation supporting the recommendations predicts a 15% or more drop in cervical cancer incidence and mortality if the changes are implemented.

This means that of the 750 or more Australian women currently diagnosed with cervical cancer each year, up to 100 or more will be now be spared, and up to 30 more lives will be saved every year.

If these changes are implemented, Australia will be able to complement its world-first HPV vaccination program with a world-leading cervical screening program that’s based on direct detection of the virus that plays such a critical role in cervical cancer.

Associate Professor Karen Canfell is a Senior Research Fellow and Group Leader of the Cancer Modelling Group based at the Lowy Cancer Research Centre, UNSW.