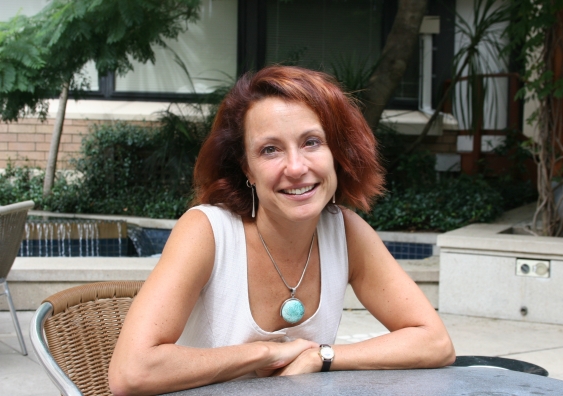 UNSW’s Dr Anne Bunde-Birouste has been named a NSW finalist in the Australian of the Year Awards.

Dr Bunde-Birouste, Convener of the Health Promotion program at UNSW’s School of Public Health and Community Medicine, has been named as a Local Hero state finalist in the Australian of the Year Awards for her innovative approach to welcoming some of our nation’s newest and youngest citizens.

Associate Professor Gordian Fulde, from UNSW's St Vincent's Clinical School, is a NSW finalist in the Senior Australian of the Year category for his work leading the emergency department at Sydney's St Vincent Hospital.

UNSW Law student Laura O’Reilly is in the running for Young Australian of the Year, after being jointly named state finalist with her brother Jordan for their social enterprise Fighting Chance.

The program – which uses the magic of the ‘world game' to build opportunities for belonging, racial harmony and social inclusion among the thousands of refugee children who arrive in Australia every year –  has since evolved to also help youth from disadvantaged backgrounds.

Thousands of young people across Sydney have benefited from the life-changing program, with many now taking on roles as youth leaders, project coordinators and mentors. 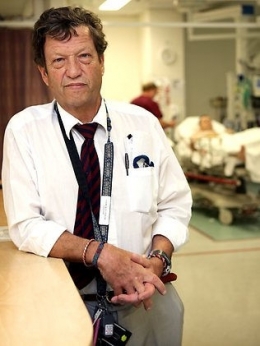 “Football United is an example of how sport can help young people adjust to their new and changing lives, build self-esteem and forge strong community bonds,” Dr Bunde-Birouste said.

The Director of Emergency at St Vincent's Hospital and Sydney Hospital for more than three decades, Associate Professor Fulde is the longest serving emergency department director in Australia. As the doctor on call when disaster strikes, has seen it all and is passionately outspoken about the scourge of ‘ice’ and alcohol-fuelled violence which delivers a flood of people into Australian hospitals each weekend.

Associate Professor Fulde is also actively involved in teaching and training students and staff in many facets of emergency medicine. A member of the Board of the Thomas Kelly Youth Foundation,  he also supports many schools and community organisations, sharing his stories of working in an urban warzone, and warning of the dangers of a binge drinking culture which is overwhelmingly the main cause of injury in Australia’s emergency departments.

Student Laura O’Reilly is jointly named state finalist in the Young Australain of the Year category with her brother Jordan for their social enterprise Fighting Chance.

O’Reilly, a UNSW juris doctor student and Cambridge graduate, founded the non-profit back in 2009 dreaming of a better life for her younger brother, Shane, who had cerebral palsy and died in 2011. 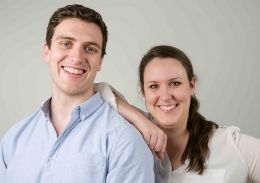 Fighting Chance aims to improve employment and social participation for young adults with a disability through innovative training programs and social businesses. Since launching it has raised more than $3 million.O’Reilly sits on the NSW Disability Council and was named NSW Young Carer of the Year in 2011.

UNSW Law alumna and former Sex Discrimination Commissioner Elizabeth Broderick is also a State finalist in the Australian of the Year category.

State winners of all four Australian of the Year categories will be announced on 16 November.

They will then join recipients from all other states and territories as finalists for the national awards, which will be held in Canberra on 25 January 2016.

The full list of NSW finalists can be found here.