A new study has revealed the association between refugees’ visas and their mental health. 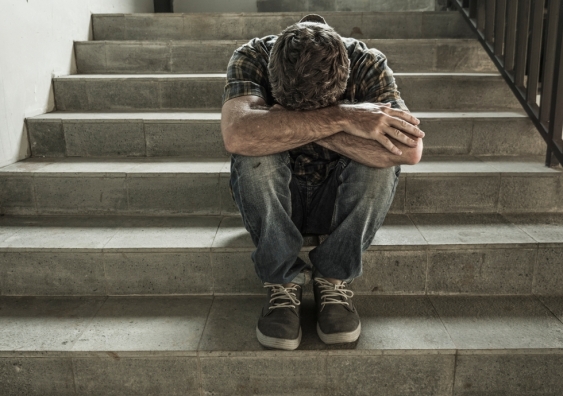 Refugees and people seeking asylum with insecure visas have significantly higher post-traumatic stress disorder (PTSD) symptoms and depression symptoms, and they’re nearly 2.5 times more likely to report suicidal intent than those with secure visas – showing how the state of prolonged uncertainty that refugees often live in is associated with negative mental health outcomes.

The study of more than 1000 refugees and people seeking asylum – the first set of results of a three-year longitudinal online survey of people from a refugee background living in Australia – was published today in the European Journal of Psychotraumatology. The study is a partnership between UNSW Sydney, Australian Red Cross, Settlement Services International (SSI), and Phoenix Australia at the University of Melbourne.

“Most of the world’s 23 million refugees and people seeking asylum live in a state of sustained uncertainty – but we don’t know a lot about the mental health impact of that prolonged insecurity,” says lead author Associate Professor Angela Nickerson, Director of the Refugee Trauma and Recovery Program at UNSW.

“That’s why we wanted to understand how refugees adapted after coming to Australia, so we can build an evidence base that informs policy and service provision.”

The team surveyed 1085 refugees from Arabic, Farsi, Tamil and English-speaking backgrounds who have arrived in Australia since January 2011 and have either secure (e.g. permanent residency or citizenship) or insecure visas (e.g. asylum seeker, temporary protection visa or bridging visa).

“Refugees with insecure visas reported significantly greater PTSD, depression symptoms, and thoughts of ‘being better off dead’. They were also 2.5 times more likely to report having a suicide plan than refugees with secure visas,” A/Prof Nickerson says.

These key findings were statistically significant even when controlling for – i.e. taking into account – refugees’ pre-migration exposure to trauma.

The second key finding of the study was that despite having more severe psychological symptoms on average, refugees with insecure visas were also significantly more socially engaged and connected to the Australian community than those with secure visas.

People on insecure visas were more likely to volunteer in their community, and to be active members of a sports club. Overall, they were a part of and received help from more social groups like sports groups, volunteer and charity groups, and community groups and individuals.

“This suggests that these refugees are forming social connections to help overcome the impact of their pre-migration experience to make a substantial contribution to the Australian community,” says A/Prof Nickerson.

“This could mean facilitating active engagement in social groups for those with insecure visas is associated with lower psychological distress – highlighting the key role of social engagement in influencing mental health among insecure visa holders,” A/Prof Nickerson says.

Around the world, including Australia, governments are developing policies that incorporate temporary forms of protection to address the growing number of people displaced by conflict, and to address irregular forms of migration.

“This evidence indicates to all of us in Australia and around the world  – governments, community organisations, support services and policy makers – about how we can keep people safe and recognise and support their contributions to our community, as well as the importance of certainty for those recovering from significant trauma.

“The findings confirm our experience working with refugees and people seeking asylum. People on insecure visas make a substantial social contribution to the Australian community, despite the mental health challenges that many face,” Ms Mau says.

SSI General Manager Service Delivery – Settlement, Yamamah Agha, says that for SSI, the study highlights the importance of promoting pathways for social engagement among refugees on temporary or bridging visas.

“Underpinned by SSI’s vision that everyone should have opportunities for creative and cultural expression, SSI’s Arts and Culture program channels the positive roles that arts and culture can play during settlement through community-based initiatives.

“Newcomers deserve to feel at home and connected to their community regardless of their visa status and helping to forge that sense of belonging is essential to their health and wellbeing.”