Opinion Remind me again, how close are we to a cure for HIV? 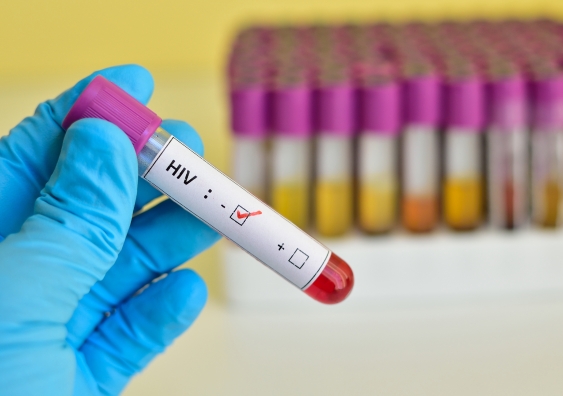 OPINION: Finding a cure for HIV is a powerful concept, often spoken of as the Holy Grail of HIV research. Although effective anti-HIV drugs have transformed HIV into a chronic manageable condition – a condition you live with, rather than die from – taking life-long therapy is a very different proposition from being definitively cured.

An affordable, scalable HIV cure that worked as well in rural Malawi as in urban Sydney would put the global eradication of new HIV infections within reach, while also transforming the lives of those now living with the virus. This must the goal of cure research: to prioritise interventions that have potential application worldwide, not limited to settings with highly developed health systems.

Research into a cure for HIV has been gathering momentum. Global investment in cure research has more than doubled in the last four years, in contrast with investment in other HIV programs.

Given the effectiveness of antiretroviral drugs in both treating and preventing HIV infection, however, cure research raises a range of important questions about priority setting in global health.

Curing HIV – or at least achieving long-term remission – is possible, under the right circumstances.

In 2007, Timothy Rae Brown, formerly known as “the Berlin patient”, required a bone marrow transplant to treat his leukaemia. Brown also had HIV, and his doctor suggested that if they could find a bone marrow match from a donor who had rare genetic mutation on the CCR5 receptors – receptors that HIV uses to get inside cells – this could potentially cure Brown of HIV.

A matching donor with the CCR5 mutations was found, the harrowing transplant was performed, and it was successful. Brown was able to cease antiretroviral therapy, and has not had a viral rebound since (though his leukaemia did relapse and he required a second transplant).

While it is unknown whether HIV has been completely eradicated from his body, in 2016 Brown still has no detectable HIV in his blood, and does not require antiretroviral drugs.

While Brown’s case demonstrates HIV can be forced into remission, it has not resulted in a reproducible form of cure. Bone marrow transplants are themselves life-threatening and extremely resource-intensive. It would be highly unethical to transplant bone marrow in a person who did not require this for another serious illness such as leukaemia.

The particular CCR5 mutations required is generally only found in Northern Europe, where an estimated 1% has one copy of this genetic variation. Even fewer have the two copies that are required for high-level resistance to HIV infection.

Current approaches to cure research are focused on achieving a “functional cure” or remission of HIV rather than a sterilising cure, which would aim at removing all traces of HIV from the body.

HIV integrates with the body’s DNA early in infection. It then “hides” in hard-to-reach immune compartments where cells turn over very slowly. So finding ways of flushing HIV out of the places where it lies dormant is an important aspect of cure research.

This is approach is often called the “shock and kill”. It uses latency-reversing agents (chemotherapy-like drugs) to activate cells that have been latently infected with HIV and then kill the HIV.

If a safe, limited dose combination of drugs could be developed, this approach could prove potentially deliverable in disparate settings globally.

If a therapeutic vaccine was developed that controlled HIV replication without antiretroviral drugs and required limited dosing (ideally one-off dosing), this would be an improvement on the current need to take medication daily to control HIV.

A third area of investigation is early intensive antiretroviral therapy for newborns. This strategy relies on intensive use of antiretroviral drug in infants who acquired HIV from their mothers.

Particular properties of the developing infant immune system make such an approach more likely to work in newborns than in adults. There is a documented case of a child who controlled HIV successfully for 27 months following cessation of treatment (known as the Mississippi baby).

Finally there are cell-based therapies: genetic modification or “gene editing” in people with HIV, including stem-cell transplantation.

As antiretroviral treatment for HIV is now highly effective and relatively simple (often just a pill a day), approaches to a potential HIV cure need to be evaluated according to whether they might offer a real advantage over lifelong therapy at both individual and population levels.

Evaluating the social value of particular cure strategies is a critical aspect of ensuring that the right kinds of research are prioritised – those that have the potential to transform the epidemic in resource poor contexts. Simplicity of delivery will be critical if an intervention is going to be deliverable in the parts of the world where HIV is endemic.

Bridget Haire is a lecturer in ethics, HIV prevention, UNSW.