Opinion Remove industry bias from clinical trials before it's too late

The challenge is to restore integrity and critical independence to research, while placing community interests above that of industry, write Adam Dunn, Ian Kerridge and Wendy Lipworth. 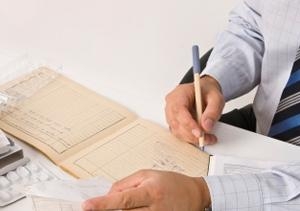 OPINION: A study published today shows that clinical trials with industry sponsorship report greater benefits and fewer harmful side effects. In the discussion, the authors note that most reviews and guidelines don’t report the funding sources for the included trials.

The systematic review adds to a growing body of evidence that industry sponsorship of research influences the results of that research. This new work is consistent with previous systematic reviews on the effects of industry sponsorship conducted over the past 20 years. The evidence is clear – industry can obtain results favourable to their products by influencing how trials are designed and reported.

And there are many stories about bad behaviour from Big Pharma. The drug oseltamivir (Tamiflu), which is used to relieve symptoms and reduce the complications of influenza, for instance, is stockpiled by governments around the world at the cost of billions of dollars. There’s currently an open data campaign to get Roche to share data from its clinical trials of the drug. It’s suspected that the data that have not been released may reveal both serious side effects and less-than-stellar effectiveness.

Enough evidence to show that the arthritis drug rofecoxib (Vioxx) was unsafe was available for several years before the drug was withdrawn globally. Between that time and its eventual withdrawal, Vioxx is believed to have caused tens of thousands of extra cardiovascular events in the United States alone.

And the benefits of rosiglitazone (Avandia), a drug used in the treatment of type 2 diabetes, were purposefully exaggerated by the manufacturer – GlaxoSmithKline – by concealing negative trial data and by the extensive use of ghost-written papers. The company was eventually fined US$3 billion for withholding the results of clinical trials relating to Avandia and other drugs.

The mandatory registration of trials and conflicts of interest policies have arguably helped reduce the chance of this happening again, but industry’s influence clearly persists.

Perhaps most importantly, the impact of commercial interests on the results of clinical trials extends well beyond the trial itself. It becomes more sustained and pernicious when industry-sponsored research is incorporated into systematic reviews or forms the basis of clinical practice guidelines. And in both of these settings, the role of industry sponsorship may be less apparent than it is in the publication of individual studies.

Worryingly, previous studies (including work by the co-authors of today’s Cochrane review) have demonstrated that only 30% of Cochrane reviews included information about conflicts of interest for trials included in meta-analyses. It’s clear, therefore, that there’s no part of research, research translation and clinical practice that’s now independent of commercial influence.

One of the authors of both papers, Lisa Bero, says,

If we agree that industry sponsorship is an important source of bias then we need to think about developing better methods for reporting, assessing and handling industry bias in systematic reviews that evaluate the effects of drugs and devices.

While measures such as these are clearly needed, the limitations of policies for disclosure and transparency and the extent to which industry has become incorporated within the very body of science and medicine make it unlikely that they will have much of an effect.

Central to this issue is fact that of the 83,482 trials registered with ClinicalTrials.gov between 2007 and the start of 2012, 42% were at least partially funded by industry. When counting publications, over 60% of trials had industry sponsorship in the late 1990s.

Since we can’t (and arguably shouldn’t) simply exclude or ignore data derived from industry trials, our efforts should be directed in three ways. First, systematic reviews and clinical practice guidelines should both explicitly acknowledge and evaluate the impact of industry sponsorship as an independent and confounding variable.

Second, more effort should be spent assessing the design of clinical trials, to ensure that they’re designed to genuinely contribute to the quality use of medicines in an unbiased way. And finally, we need to come up with innovative approaches for funding clinical trials to try and counter some of the impact that commercial interests have on the scientific record.

Another author on both papers, Joel Lexchin, said he would

like to see a clear separation between the source of the money and the conduct of the trial. Industry could supply the money but it shouldn’t have any role in choosing who runs the studies or how they are analysed.

The efforts by some countries, such as Italy, to provide a clinical trial resource drawn from a levy on industry marketing deserves serious consideration. We now know that the evidence that drives clinical practice is contaminated. And we suspect that transparency alone has limited impact; on its own, forcing clinical trial data into the open is unlikely to solve the problem of industry bias.

Why research should be hacked