Can drinking coffee truly lower the risk of dementia? Ageing expert Henry Brodaty is not so sure. 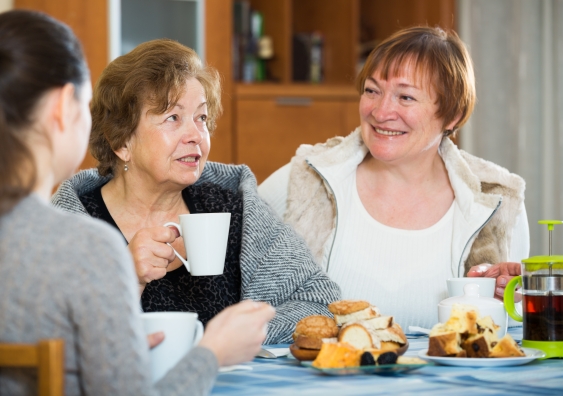 OPINION: Alzheimer’s disease, the most common form of dementia, is a growing problem worldwide. There are 350,000 people with dementia in Australia and this is set to rise to 900,000 by 2050. There is no cure for Alzheimer’s disease.

So if “coffee really can help to prevent dementia”, as a headline by the Daily Mail last week suggested, that would be amazing. This is why the study on which the headline was based received so much interest.

It was reported on by publications such as the the Independent and websites dedicated to anti-ageing research.

According to the Daily Mail, the study showed:

Women over the age of 65 who had a normal caffeine intake were 36% less likely to develop a cognitive impairment.

Unfortunately there are many reasons not to get excited. The study was observational: a look back through data collected over many years. This means many reasons that weren’t explored may account for the findings that women who drank coffee decreased their risk of dementia.

Factors not examined included diet, exercise, general health and use of other medications. Basically, researchers found drinking coffee wasassociated with lower dementia risk; not that coffee caused the lower risk. Coffee may have nothing to do with it. And there are many other reasons to be sceptical.

Where did researchers get their information?

Ira Driscoll and colleagues from the University of Wisconsin-Milwaukee have published an interesting analysis in the reputable Journals of Gerontology, Medical Sciences. The information they used to come to their conclusions comes from women aged 65 to 80 who participated in the Women’s Health Initiative Memory Study (WHIMS) and were followed for up to ten years.

The WHIMS was not a planned study originally. It was a sub-study of a large randomised-controlled trial, called the Women’s Health Initiative, examining the effects of hormone replacement therapy (HRT) on postmenopausal women aged over 65.

Although the trial was stopped early, the women continued to be followed up until 2010. The Women’s Health Initiative Memory Study was specifically examining the effects of HRT on memory and dementia. University of Wisconsin-Milwaukee researchers used this sample to study whether there was a connection between caffeine consumption and new cases of dementia.

The women were all free of dementia when they joined the study between 1995 and 1999. Their cognition – memory and other thinking abilities – was assessed annually in person, until 2007, and then by telephone. For women who showed evidence of cognitive decline over subsequent years, more information was obtained from someone who knew the woman well.

A panel of specialist physicians who reviewed all the information agreed on whether women had developed probable dementia. Caffeine intake, which included tea, cola and other sources of caffeine, was based on questionnaires the women completed.

To isolate the effect of caffeine, the analyses accounted for other reasons that might affect rates of dementia. These were age, education, use of HRT, weight and height, sleep, blood pressure, heart disease, diabetes, smoking, alcohol use and how well the women performed cognitively at their first visit.

What were the results?

Researchers divided the women into two halves – the first half contained those who consumed higher amounts of and the second, lower. The average amount of caffeine intake in the lower group was 64 mg per day (roughly under one standard cup of coffee); while in the higher group, it was 261 mg (roughly over three cups).

The researchers concede several reasons for caution. For a start, this study only looked at older women. They mention another study from France that found coffee had a protective effect on women but not men. And a third study found European men who drank three cups of coffee per day had the lowest rate of cognitive decline over ten years.

Why else should we be sceptical?

The women in this study weren’t representative of women generally. They were better educated than average and just the fact they had survived to 65 to 80 years at the time they entered the study, and then lived even longer to allow follow-up, means they may have been a healthier group. This is called the survivor bias, which can lead to false conclusions.

Nor was there a clear dose-response outlined with the number of cups of caffeinated coffee per day. This means the actual amount of caffeine was not measured and blood levels were not checked. Plus, people make their coffee at different strengths, and because the basis for the analysis is what the women reported, their ideas around caffeine intake measurements could be unreliable.

Further, the diagnoses of dementia were not based on a clinical assessment. Telephone assessments are more prone to error and this introduces some noise.

Also, if the women drank coffee just before their assessments, the alerting effect may have helped them score better.

Another possible explanation for the findings is that women may have cut back on their coffee just before they enrolled in the study for reasons linked to incipient dementia, also known as mild cognitive impairment. For example, incipient Lewy body dementia can lead to sleep disturbances as its first symptom even before the dementia becomes apparent; so people with symptoms might stop coffee to help sleep better.

Observational studies such as this are not the gold standard. To really assess coffee’s effect on cognitive decline, we would need a planned randomised controlled trial where women are allocated to caffeine or decaffeinated intake and followed for some years. The women and raters would need to be blind as to which group they would be in. Clearly this would be very difficult if not impossible, especially in our café society.

Caffeine is perhaps the most widely used addictive substance in the world and appears safe. Dogancan Ozturan/Unsplash

What should readers do? Caffeine is perhaps the most widely used addictive substance in the world and appears safe. People have different reactions to caffeine that may vary with age and health. Some people become more anxious, others find it can improve their performance. I find that as I have grown older, my sleep is more sensitive to caffeine.

There are things you can do that may reduce your risk of dementia, such as eating healthy food, preferably based on the Mediterranean diet of lots of vegetables and fruit and very little saturated fat, and staying physically fit and mentally active.

Don’t get too hung up on this kind of research. Let’s see more evidence over time. – Henry Brodaty

This research check was first published in The Conversation.

This is an interesting study but I agree there are major issues with its methods and conclusions. It is unclear exactly how caffeine intake was assessed. The paper states caffeine intake was self-reported using a questionnaire asking about coffee, tea, and cola beverages, but it did not specify whether drinks contained caffeine or not. Hence researchers assumed it was all caffeinated.

It is also disappointing the women were only split into two groups: those who drank more coffee, and those who drank less than average. There is a reasonable chance of misclassification bias, meaning some people in the lower caffeine intake group should really be in the upper group, due to limitations in the assessment of caffeine intake. You normally address this by splitting participants into more than two groups, and often four or five.

It is very interesting that those in the highest caffeine intake group were also less likely to have diabetes at baseline. While this fits with a major review of the relationship between risk of type 2 diabetes and coffee consumption, it’s also possible there is some remaining confounding bias due to better overall health of those with higher caffeine intakes that is not accounted for.

I agree that further longitudinal analyses would be of value, especially if they repeated the measure of coffee and other caffeinated beverages, particularly decaffeinated coffee, over a number of time points. It would be even more interesting to look at results where people changed their intakes over time. – Clare Collins

Clare Collins is Professor in Nutrition and Dietetics, University of Newcastle.